The US Marines attack Tucker Carlson, critics, forced to walk back comments with apologies

The US military has done more to discredit itself by attacking Fox News' Tucker Carlson than twenty years of military failures in the Middle East. 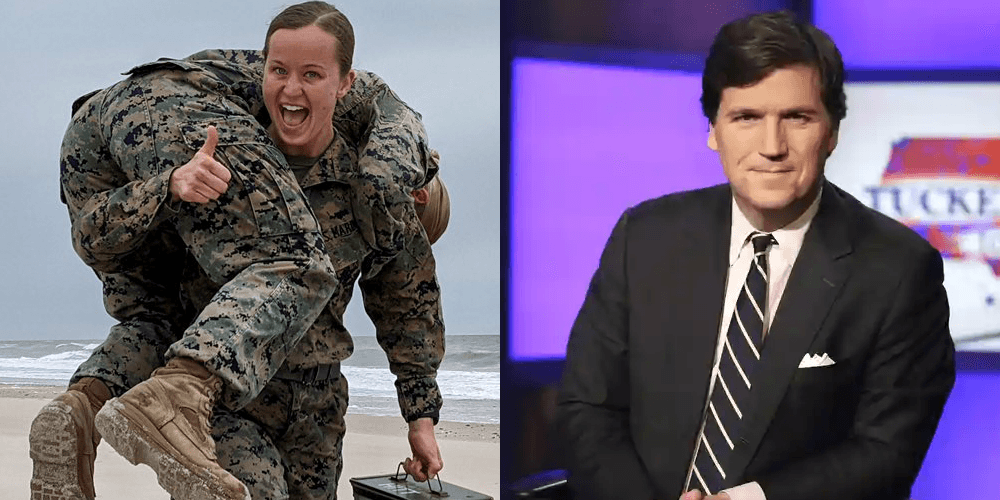 The US military has done more to discredit itself by attacking Fox News' Tucker Carlson than twenty years of military failures in the Middle East.

Earlier this week, Fox News primetime host Tucker Carlson took the hatchet to the military by criticizing their virtue signaling with the introduction of a jumpsuit for expectant mothers (sorry, "pregnant people") in the military, pointing out that it would be foolhardy to send pregnant women into the front lines. He also questioned Biden's update of military grooming standards to be "feminine."

In his remarks, Carlson pointed out how the Chinese military had been gearing up for the "masculine" expansion of its naval fleet, an initiative Chinese media outlets proudly reported.

In response, US Space Command's Senior Enlisted Leader, Marine Corps Mastery Gunnery Sgt. Scott Stalker responded in an angry video condemning Tucker Carlson for his remarks, pointing out through a strawman argument that women were a valuable element of the US military -- a point that Carlson himself never opposed in his remarks about the military.

Furthermore, the Department of Defense issued a BuzzFeed-like statement as an official press release, 'smiting' the conservative host.

"I want to be very clear right up front, that the diversity of our military is one of our greatest strengths,” said Pentagon press secretary John F. Kirby, a retired Navy rear admiral, on Thursday. “I’ve seen it for myself in long months at sea and in the combat waged by our troops in Iraq and Afghanistan. I’ve seen it up on Capitol Hill just this past month. And I see it every day here right at the Pentagon.”

Following some back-and-forth on social media, the US Marines II MEF Information Group published its own statement to condemn Carlson, a civilian, with a photograph of a female soldier lifting another trooper on her back.

"What it looks like in today's armed forces @TuckerCarlson," remarked the official government account. "Get it right before you get left, boomer"