"My son is not playing football now. But he did. He was recruited to play football for college. And I saw the combine for the first time and they were measuring his wingspan," Hostin said. 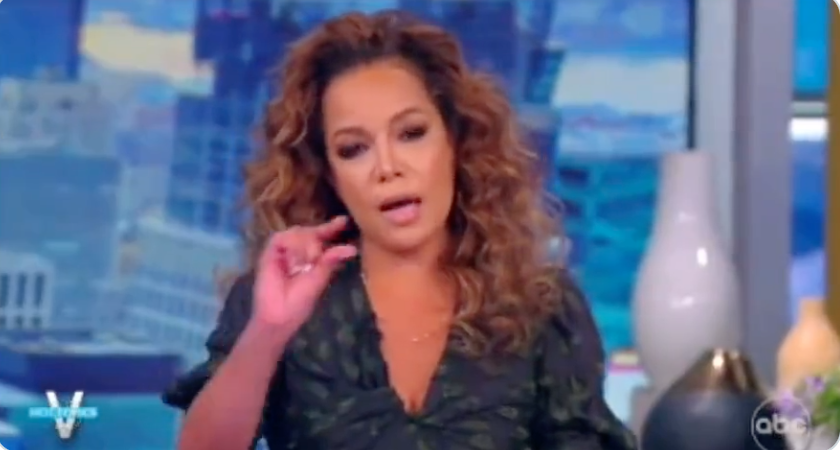 The View's Sunny Hostin defended former NFL player Colin Kaepernick's comparison of the NFL draft to slavery. Hostin was speaking to View guest Michele Tafoya, a sports commentator, who was serving as the resident conservative for the show.

About Kaepernick's special "Colin in Black and White," Tafoya said "It did the trick. It got a lot of attention about this special. But these guys enter willingly. They are the most well cared for people. Yes, they play a hard sport and every one of them black, white, Latino, whoever's playing the sport, will tell you how much they love it and they're willing to do it. And they make a damn good living."

"I will tell you," Tafoya said, "I loved this special I thought was artfully done. I thought it was impactful. I'm glad that he gets to tell his story only because he co opted the story. But the headlines that are coming out of it instead of his story is oh my goodness, Colin Kaepernick compared the NFL combines to slavery. And that's all that anyone is talking about. And that is unfortunate. But if you really watch the series, and I implore people to what he says during that comparison is what they don't want you to understand."

To that, Hostin said "My son is not playing football now. But he did. He was recruited to play football for college. And I saw the combine for the first time and they were measuring his wingspan. They had him jump up and down to something that's called a vertical. It felt some kind of way a comfortable thing to watch as a parent for your child to be sort of to be that way and I know that they're being poorly for it."

MSNBC analyst and host of "Zerlina" on Peacock TV, Zerlina Maxwell, made the comparison herself, saying that "The NFL is a league made up of mostly black players but run by an almost entirely white group of team owners."

During the height of his career , Kaepernick earned an average of nearly $20 million per year. In his Netflix special, he said of NFL owners and coaches: "don't want you to understand [that] what's being established is a power dynamic. Before they put you on the field, teams pose and examine searching for any defect that might affect your performance. No boundary respect, no dignity left intact."