The world as seen through windows

Many experts believe that it might take a few years before people feel comfortable traveling again. For now, all travel bugs can do is dream and travel later. 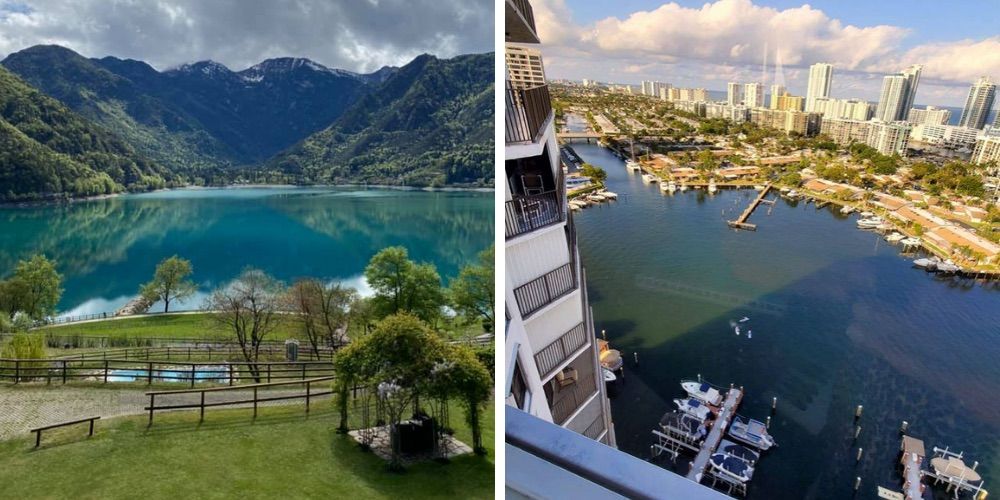 The Switzerland Tourism Board released a video with a bittersweet message: "Dream now, travel later." It’s the least we can do with this virus still lingering outside after wreaking havoc on the airline and travel industry all over the world.

Even after this pandemic is over, many experts believe that people will be wary about traveling and it might take a few years for most to feel comfortable to go around the world again. For now, all travel bugs can do is dream and travel later.

With travel plans all up in the air, a Facebook group is providing respite for those with high levels of wanderlust but who are now stuck at home and itching to go out again by sharing views from their windows all over the world.

View from your window

What started out two months ago as just a means to connect Internet users during the lockdown has turned into a worldwide phenomenon. View From My Window which was started by a Belgian graphic designer based in Amsterdam now has two million members and has spawned a book and an exhibition project to showcase submissions of members from all over the world.

"I wasn’t prepared," founder Barbara Duriau said in a post. As the group’s members doubled everyday and submissions started pouring in from people all over the world, she asked the help of relatives and friends to help manage the posts. The group now has a collection of beautiful photos from people eager to share about their point of view, with views ranging from a beautiful garden and backyard to a mesmerizing snippet of the forest or the sea.

There are also photos of backyards still covered in snow and those who seem to be in the middle of a tropical rain forest. There are interesting photos of the sky as seen from their windows, a nice peaceful patio or porch. Many are posting photos of animals in the area or their pets who have been keeping them company during the lockdown.

While the group’s Facebook wall has turned into something straight out of a travel catalogue others especially those who are stuck in an apartment building with no views of the sky or the sea are posting photos of brick walls and concrete roads which , according to the posters, are really all they can see from their windows—an honest glimpse into their lives during the pandemic.

There are many who are also submitting stories along with their pictures. Like this poster from Detroit who posted a photo of a brick building across theirs with a caption : "Day 46 of staying at home. For the first time since this began I am leaving the safety of our house today to go sew hospital gowns for those on the front lines. While not the kind of work I was doing before all this began, I'm glad my skills will be able to help others."

Aside from being a beautiful photo album the group is serving as a cyber memoir of the pandemic, an online open journal with a special collection of memories from people during the lockdown. This is something tech has provided that was not available during similar occurrences in the past like the 1918 Spanish flu pandemic or the Black Plague.

Now with the Internet, social networking sites like Facebook, and online groups like Views From My Window people can pass down stories and memories of the 2020 coronavirus pandemic. It’s a reminder that during the lockdown despite being driven apart people managed to stay connected.