Video shows 4 women bolting out of a CVS in San Francisco in what is becoming an all too common sight across the city. 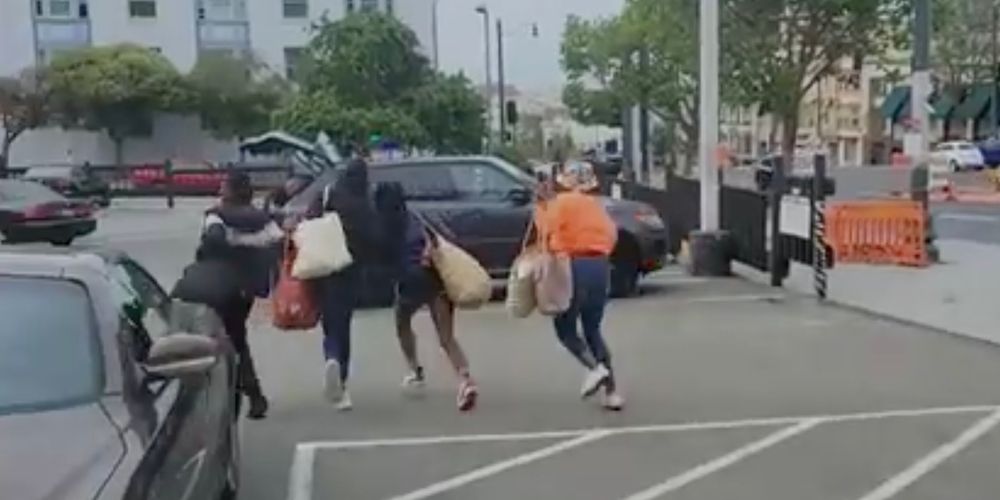 Video shows 4 women bolting out of a CVS in San Francisco in what is becoming an all too common sight across the city.

On Monday, 4 women were caught on video running out of a CVS on the corner of Van Ness and Jackson Street with bags full of allegedly stolen items.

According to KTVU reporter Henry K. Lee, who first broke the story, witnesses told him that the women had fled after "picking the place dry." He also reported that when asked if they were going to call the San Francisco Police, employees of the CVS "just shrugged."

The alleged shoplifting incident is indicative of a growing problem of lawlessness in the city, thought to be brought about in large part due to California Proposition 47. The law was changed to label theft under $950 as a misdemeanor, rather than a felony. According to NBC News, misdemeanors are much less likely than felonies to be acted upon by police, since the former requires that a private individual report the crime.

SF Police Chief William Scott has suggested that some people have been taking advantage of Proposition 47. "Some people calculate," he said in an interview with NBC, "'Hey, you know, I don't want to go over the $950, so let me steal $949 worth of property'."