Amidst accusations of racism and colonialism, the former US president is the latest target of a political correctness push meant to reshape American public space. 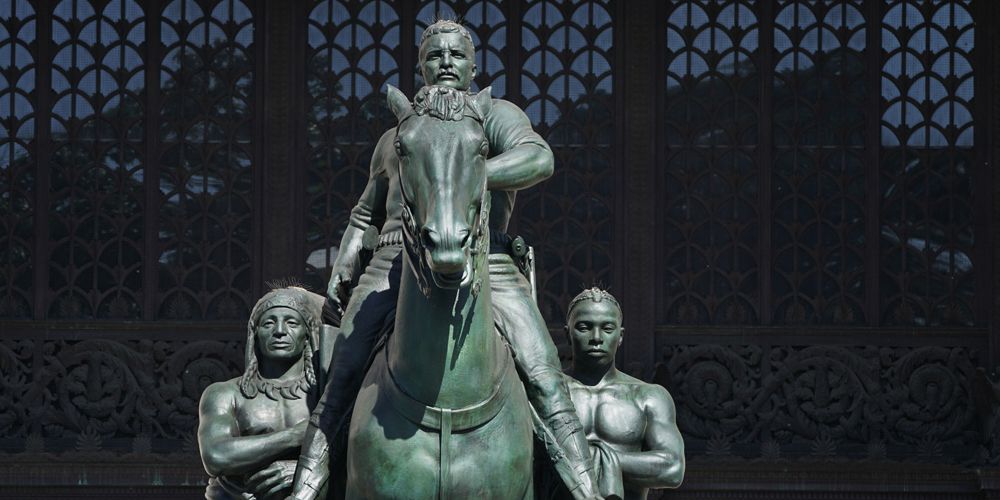 The Theodore Roosevelt statue at the front of The American Museum of Natural History is officially set to be taken down.

Back on Monday the New York City Public Design Commission voted to relocate it elsewhere (yet to be determined), in response to allegations that Roosevelt represented racism and colonialism.

It comes in a story first broken by the New York Times. But the meeting of officials is available on YouTube. At least one person said that the statue “supports a thematic framework of colonization and racism,” even if it wasn’t intended to be malicious from the onset.

The relocation decision comes after the initial removal proposal put forward in June 2020.

According to Dan Slippen, VP of the museum’s government relations:

“The understanding of statues and monuments as powerful and hurtful symbols of systemic racism became even more evident in the wake of the movement for racial justice that emerged after the murder of George Floyd. It has become clear that removing the statue would be a symbol of progress toward an inclusive and equitable community.”

A previous effort in NYC to “review city art, monuments and markers” established in 2017 had reached an impasse when it came to decision-making.

What Slippen mentions is that last summer’s series of protests throughout the United States and internationally, sought to remove public statues of individuals that somehow had links to politically correct themes, historically.

For example the target of this in Canada is Prime Minister John A. Macdonald. In the last week, at least one statue of his likeness was removed from a park in Kingston, Ontario.