‘They treat my autistic son like a caged animal’: student takes college to court over Title IX ruling 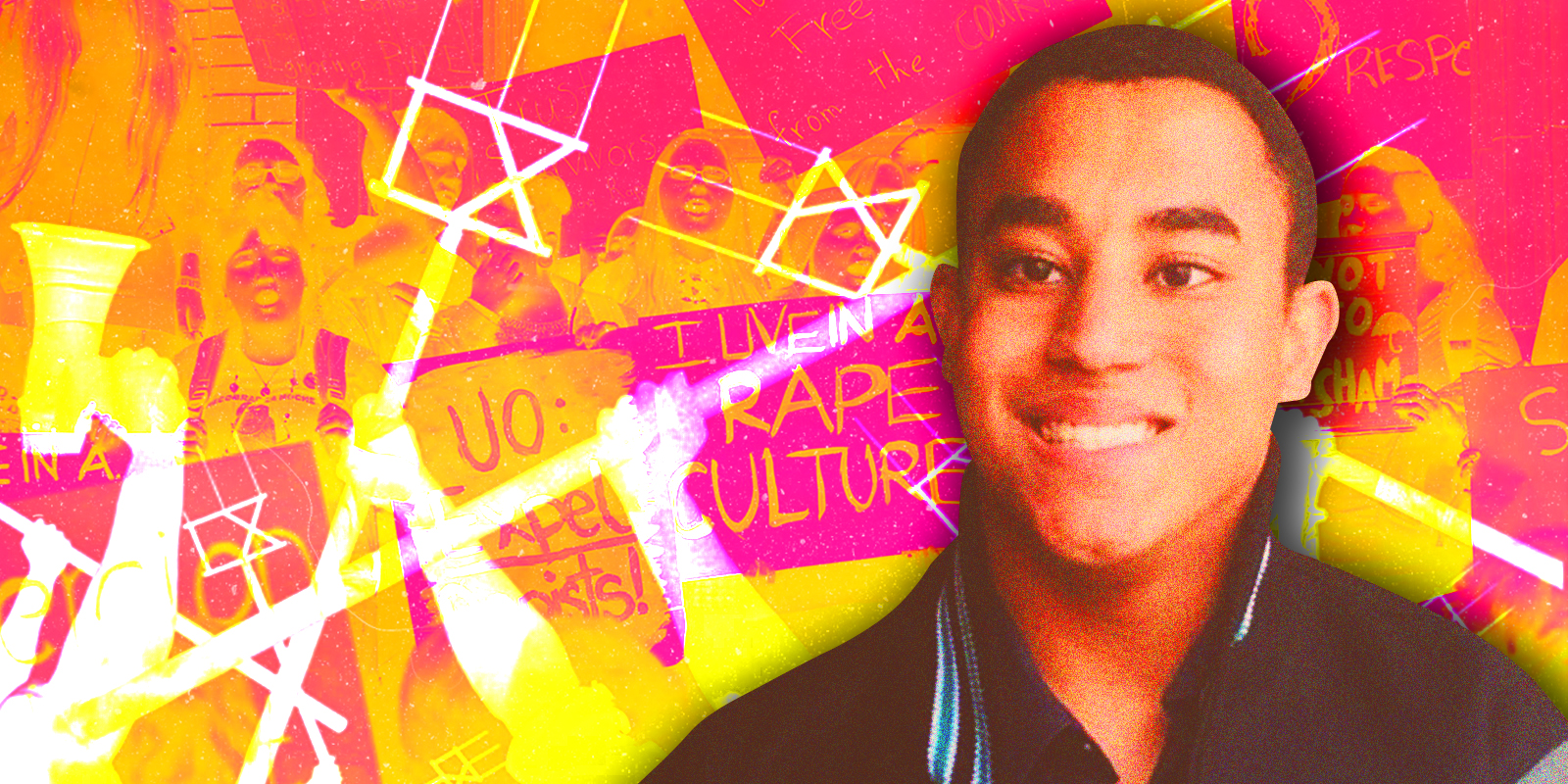 Marcus Knight—a student with autism and cerebral palsy—will come face to face with the Title IX officer who found him guilty of two Title IX sexual misconduct violations later this month as he takes his college to court in an attempt to clear his name.

Knight first came to my attention in 2018 after his attempts to make friends landed him in the school’s Title IX office, not just once but twice. According to the lawsuit, Marcus Knight asked one female student for a fist-bump, and another for a selfie.

While these may seem trivial, two female students at Saddleback College were so uncomfortable with Knight’s attempts to make friends that they reported him to the Title IX office, with one student claiming Knight made her “uncomfortable.”

But what’s caused two years of “absolute heartbreak,” according to Knight’s mother, is how the Title IX officer handled the accusations.

Considering Knight’s disability, both students decided not to follow-through with any charges. After one female thought Knight was stalking her and was uncomfortable with fist-bumps, the school reported:

“She understands this is part of his disability and [that Marcus Knight] only wants to make friends and that no harm is intended.” In due course, her complaint was resolved by mediation between Knight, his mother, and the school’s Title IX office.

Later, student Naomi Bueno Rojo reported Knight for “following her around campus,” “[invading her]  personal space,” and that he tried to “put her hand on [his] thigh.” It’s unclear why Rojo felt the need to involve the Title IX office.

She reportedly felt “no fear” from Knight, and did not request disciplinary action.

Gold claimed Marcus took more than 300 photos with her. According to Aurora Knight, his mother, Marcus has a tic that caused him to press the camera button multiple times with burst mode on.

Later, Gold left Saddleback College. When the Title IX officer reacher her for comment, Gold said “This is irrelevant to my life right now. I don’t care what happens officially at this point.”

Again, this was another instance of Marcus Knight, who has autism, cerebral palsy, and multiple learning disabilities, simply trying to have some sort of semblance of friendship among his peers at college by taking selfies and trying to talk to people.

At the time, 2018, Juan Avalos was the school’s Title IX counsellor. Though Avalos does not seem to have formal as a Title IX law training, Avalos nonetheless investigated and adjudicated Knight’s case.

Despite that no students formally testified against Knight, he was still found guilty.

The Post Millennial asked the college, Juan Avalos, and the California Community College system if Avalos had training in adjudicating Title IX matters. We also asked if he had any training to deal with students with disabilities. No response.

According to the lawsuit, Knight was never offered a fair hearing, an opportunity to respond to the evidence, and Knight did not have enough time to gather information to defend himself.

Further, the school’s “single-investigator model,” during which Avalos collected evidence, interviewed students and subsequently disciplined Knight is unlawful under California code, according to the lawsuit.

In fact, it’s unsure why Avalos was even appointed to deal with Title IX cases. According to his online resume, he has no relevant experience in dealing with victims of sexual assault, Title IX training certifications, or any training to deal with students with disabilities.

He is simply the Vice President of Student Services. That department encompasses everything from financial aid to diversity programs.

While it’s understandable that admins of small colleges may wear multiple hats, it goes without saying that each person should be trained for their role, especially when they have the power to suspend and expel.

Going forward, Marcus and Aurora Knight have been “left in the dark.” by Saddleback. Knight will eventually apply to transfer to a four-year school, but it’s unclear how and if his record of sexual misconduct will follow him.

For now, Knight can only visit campus when supervised. This semester, Knight takes four classes, and will need to pass about six more to complete his associates degree. Despite his limited language abilities, Knight loves music and sings in his local church and school choir. His goal is a BA in Musical Theater.

“I asked for papers from Saddleback multiple times asking if anything is removed [from his record]  and I haven’t heard anything back yet,” Aurora Knight told The Post Millennial by phone.

“Why won’t they just be honest? They are treating my son like a caged animal. But he is utterly harmless.”

“He had no issues prior to college, at all,” his mother said.

Marcus Knight is represented by Mark Hathaway, a Title IX lawyer who has helped over 100 students fight for justice. The hearing is set for November 18, 2019.

“We believe that Saddleback College failed to comply with the law and their own policy in improperly disciplining Marcus Knight and no sanctions should ever have been imposed against him,” Hathaway told The Post Millennial.

“My family has been robbed of two first years in college, my son’s dreams have crashed, his confidence is destroyed… Marcus has no idea who he can trust and who he must  fear… he doesn’t know who is a friend or even how to make friends.”

“Marcus wants to face Juan Avalos in court. He wants the opportunity to state the facts and clear his name.”

The Post Millennial called Knight and asked what he thinks. He gave us three words: “I am innocent.”

This is an ongoing story. All parties named in the story were given multiple opportunities to provide comment but did not respond.

Toni Airaksinen is a Columnist at PJ Media, The Post Millennial, and a social media strategist for kosher restaurants in Brooklyn, NYC. She graduated from Barnard College in 2018. She has also been a contributor to USA TODAY College, Quillette Magazine, The Daily Caller and the NY Daily News. Follow her on Twitter: @Toni_Airaksinen.