Rodriguez details how much money she gets per vote, and who is paying her for her service. She goes on to state that she will earn $71,000 in cash for her efforts. 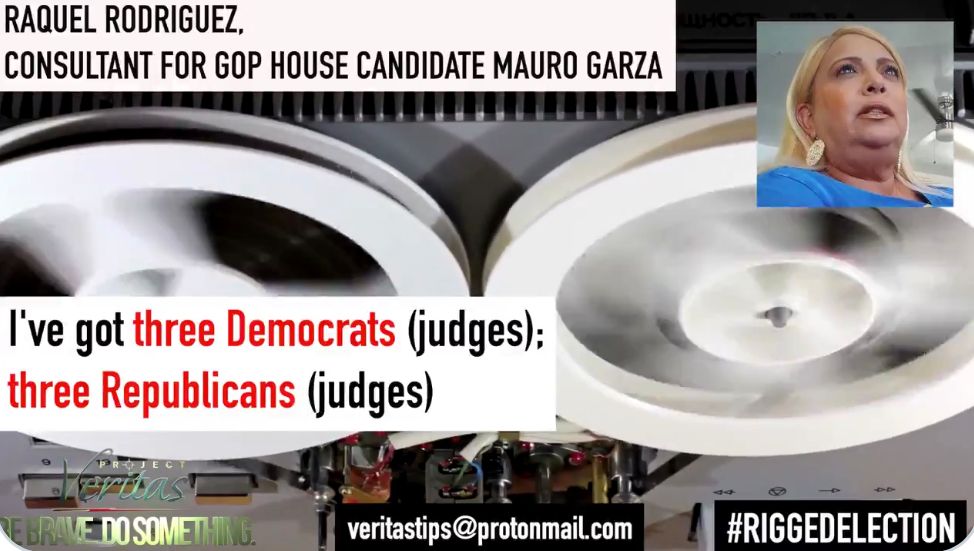 Project Veritas released their latest bombshell reporting on voter manipulation in Texas, a follow-up from their video drop yesterday.

Speaking to Raquel Rodriguez, who is a consultant for Republican candidate Mauro Garza, Project Veritas' undercover reporter asked, "so these Republicans want to help Biden too?"

Rodriguez details how much money she gets per vote, and who is paying her for her service. She goes on to state that she will earn $71,000 in cash for her efforts. Those who can't pay, such as a local judge, will instead owe her favours.

"Yeah, that's what I'm doing," Rodriguez said, "that's exactly what I'm getting paid to do. My people are undercover, because some of them are Republicans, some of them are Democrats. Some of my Republicans are precinct chairs, that cannot be known, because they could get kicked out, but they want to help Biden."

She can be heard on the phone, saying "So, for the entire team I'm looking at, I'm looking at $55,000." This was to secure ballots cast for Hegar in a local election, and Biden, in the presidential race.

Rodriguez said, "I'm against Trump. OK. I'm with Biden and I'm with Hegar. That's the truth."

She also told the undercover reporter that she owns state Sen. Pete Flores, saying she had "Pete in the pocket."

On state rep candidate Liz Campos, she said, 'You know what I told her? 'I respect you. You're going to owe me—OK?'"

Project Veritas exposed Rodriguez yesterday, and her work to help the elderly change their vote from the Republican candidate to the Democrat candidate, per her instructions. She coached them to say that was their choice as she showed them how to cross out their own vote, initial it, and fill in the circle on the ballot for the candidate she selected.

She reached out to Project Veritas yesterday to defend herself, saying:

"My name is Raquel Rodriguez, I am the founder of Neighborhood Voting Squad. I immediately suspected something was wrong with these conversations."

"I chose to continue with the conversation and play along in order to discover the source," she wrote. "My suspicions were proven true as I recently learned the operatives were funded by Project Veritas as part of a larger investigation.

"While I made false statements to the operatives in order to confirm my suspicions, and further my own investigation, I did not illegal or unethical. My efforts were always to empower the underserved people," she wrote.

"I wish the people at Project Veritas had approached me honestly. If James O'Keefe had done so, we could have worked together."

O'Keefe responded via video, saying that he did approach her directly.