'This is our home. This is the last stand of freedom on the planet': Jack Posobiec at TPUSA

"I don't think people understand there's nowhere left to go. This is our home. This is the last stand of freedom on the planet." 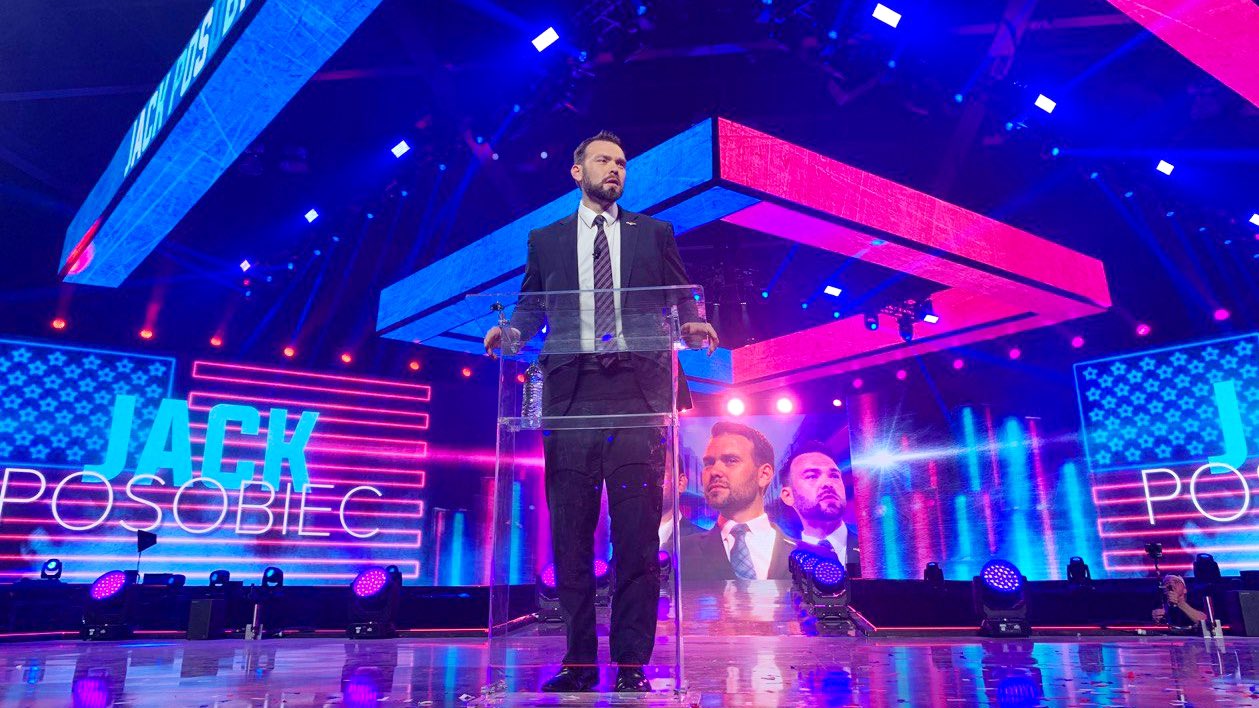 Jack Posobiec spoke before a packed house at TPUSA's AmericaFest on Tuesday night to speak about the corruption with the leaders of America and the need for the conservative culture movement that is TPUSA.

His message was clear and direct: Americans need to stand up for their nation against a corrupt federal government that encroaches on our rights. We are unified under that American banner, and no matter what our ethnicity or racial identity, the American character will out.

"We are Americans and we are patriots and that is the blood that runs through our veins," Posobiec said.

Posobiec has taken hold of conservative culture, and become a driving force within it. He's been with Turning Point USA for years, and notes that it didn't start with massive crowd, but that now, as the conservative movement is growing, the draw has been huge. So many people in the country want a new direction, an alternative, a way to believe in the country and her values without constantly hearing about how much our country sucks.

"We are dealing with an era of regime politics," he said. "I don't even use the phrase mainstream media anymore. They're not really the mainstream media, right, you don't go to them for journalism. They are the propaganda arm of the liberal wing of the corporate ruling class," Posobiec said.

"That is what they are. You don't go to mainstream media for news anymore. You know where you go, you go to Twitter, you go to Facebook, you go to YouTube, you go to Gettr, you go to where the independent journalists are," he said. "And that is why you see 10,000 people here today."

He asked the audience if they, too, wanted a country "where your children can play outside safely until the lights come on?"

"Do you want a country where hardened criminals are locked up? And you don't have flight attendants screaming at you that you'll be arrested if your mask falls down below your nose?"

The crowd roared their approval, and cheered when Posobiec called for a US boycott of the upcoming Beijing Olympics. "The 2022 Olympic Games should be boycotted by every single American," he said.

Posobiec is a man who puts his faith and his family first, and he began and ended his remarks with a focus on his young son. His 3-year-old helped lead the Pledge of Allegiance from the audience, and joined in his favorite Christmas carol, "We with you a merry Christmas."