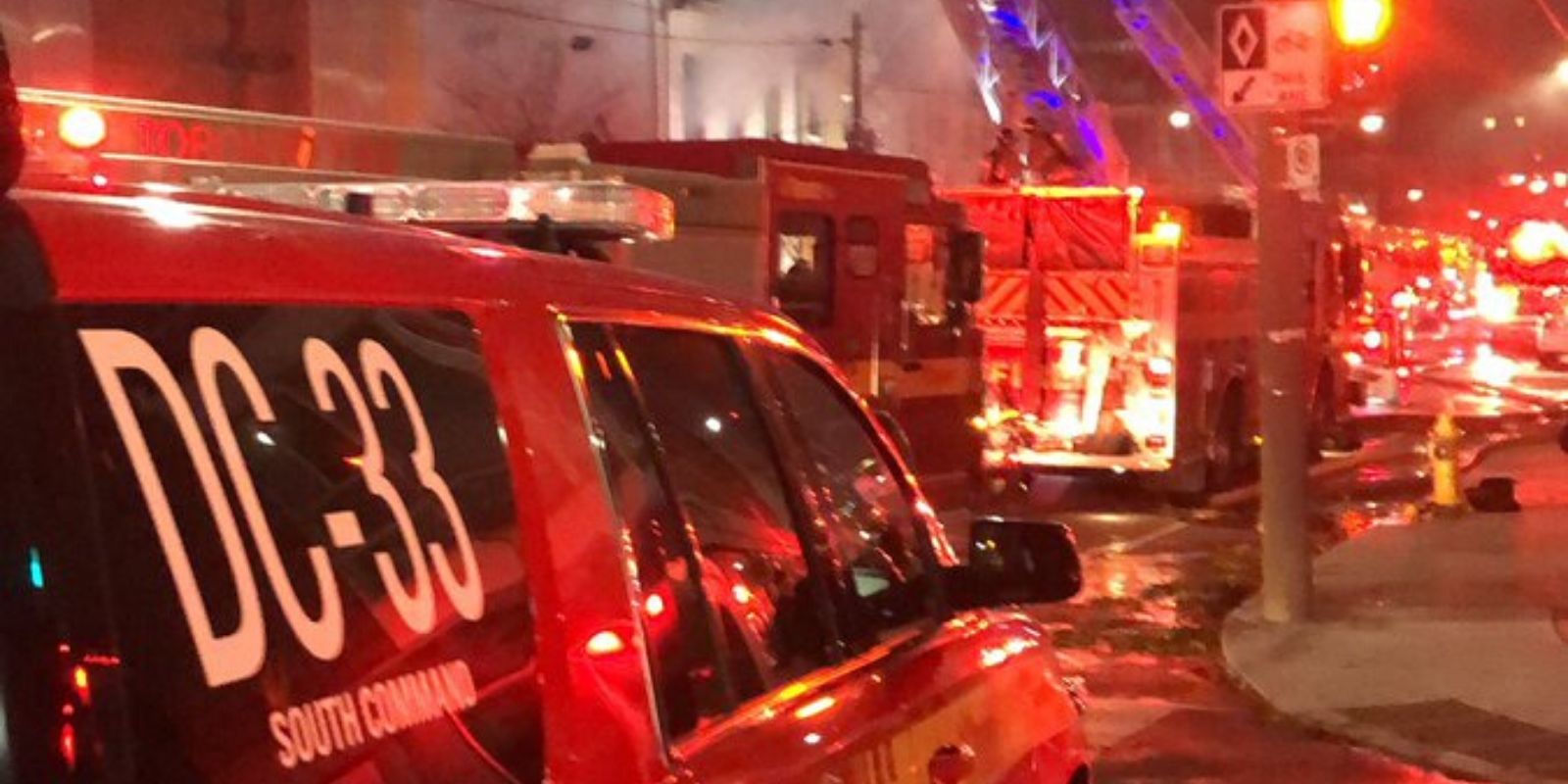 According to Deputy Fire Chief Jim Jessop, firefighter crews were called to an abandoned house in the area of Jarvis and Shuter streets around 2 a.m. By this time, the blaze was so intense that a search of the vicinity was made impossible. The cause of the fire remains undetermined.

Jessop says that two firefighters fell from the roof of the building while trying to ventilate the building.

“They were… trying to cut holes in the roof to release the hot gases and smoke, which is normal practice for any fire,” Jessop said.

“But there was a significant volume of smoke and the firefighters thought they were stepping off onto a ledge and unfortunately there was no ledge. They ended up falling down well over three storeys.”

One firefighter sustained a broken leg and will likely be released later Saturday.

However, the second firefighter, a captain, was less fortunate, and is currently in critical condition in the intensive care unit.

“My heartfelt thoughts and prayers are with both of our injured staff members today,” Fire Chief & General Manager of Emergency Management for the City of Toronto Matthew Pegg told reporters Saturday.

Pegg says that support will be provided for any on the fire crew who are in need of assistance.

Jessop also said, “This not uncommon,” referring to abandon buildings often catching on fire for one reason or another.

“These are the risks our firefighters, the women and men, take every day to protect the city,” he said.