"This is not a criminal matter and we would ask that people do not report this to police." 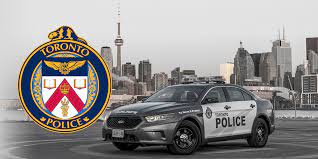 The Toronto police have had to say that the vaccine mandate is not a crime after the 911 line was inundated with calls from teachers who risk being fired.

Groups of teachers have been calling the police who say that it is a crime to be forced to reveal their vaccination status. These teachers say that this requirement is a form of extortion, according to CTV News.

"We have taken 53 reports in relation to TDSB and three for TCDSB. After reviewing the occurrences, no criminal charges will be laid," said the Toronto police.

"This is not a criminal matter and we would ask that people do not report this to police."

Recently, the Toronto District School Board has asked nearly all their employees to be vaccinated. This is especially the case for employees who have frequent interactions with students and staff members.

Certain teacher's unions have agreed with the police that this is not a crime. Having said that, they have expressed displeasure with the way this policy was handled.

"For what it’s worth, I don’t believe that it’s extortion," said one union official.

"We support vaccination policies, but the specifics of the TDSB policy, certainly in relation to attestation, we feel that it’s not consistent with what other school boards have implemented."

Reports show that 89 percent of Toronto teachers are vaccinated. The other 11 percent are either exempt or unwilling to have the vaccine.