In order for their newly enacted ban to be considered lawful, RFU must demonstrate that the ban was "necessary" under section 195(2) of the Equality Act 2010. 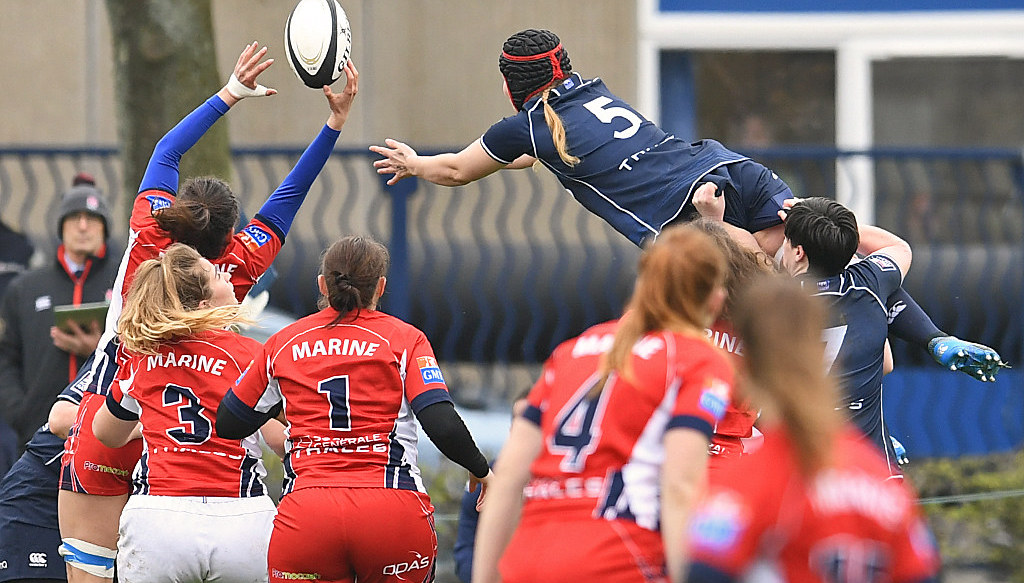 England’s Rugby Football Union (RFU) is now facing a legal challenge to their ban on biological males playing in female divisions, with one transgender female player claiming that the new rules discriminate against fellow trans athletes in the sport.

According to the Telegraph Sport, the London-based law firm Russell Cooke has brought forth a pre-action protocol letter, which the outlet describes as a "a legal document written to resolve a dispute before court proceedings are commenced," on behalf of Julie Curtiss following the union’s enactment of the ban in July.

Curtiss is one of seven registered transgender women in the country that are no longer allowed to play on women’s teams following the ban.

In 2019, one biological male player on a British women's rugby team was noted to have folded opponents "like a deck chair." Kelly Morgan was nicknamed "beast" by teammates, and coaches joked that it would be nice if Morgan could stop injuring teammates during practice.

Curtiss claims that the sport’s governing body "discriminates against her on the basis of her gender reassignment protected characteristic under Section 7 of the Equality Act 2010," according to the Telegraph Sport.

Curtiss was set to play for Hove RFC’s women’s team in the 2022-23 season. Curtiss had joined the East Sussex team last year after sitting out for several years while undergoing a gender transition.

The 53-year-old has stopped attending trainings since the ban was enacted because Curtiss claims Curtiss cannot participate fully, and felt "distraught" by RFU’s decision.

"This issue is not about me - it is about young trans women and girls who now have no route into this sport, a sport which inherently supports diversity in strength, height, speed and weight," Curtiss told the Telegraph Sport. "Society in general has a hard enough time getting youngsters to play sport, and now the RFU have closed the door to an entire section of the population."

"I would have been content to walk away from this debate were it not for the support of cisgendered female players - including some current England women’s players - who have reached out to me and said they are appalled by this decision. I’m willing to have my position changed if the RFU can demonstrate that this change has genuinely been driven by female players who are genuinely asking for it," Curtiss continued

In order for their newly enacted ban to be considered lawful, RFU must demonstrate that the ban was "necessary" under section 195(2) of the Equality Act 2010.

RFU has until September 30 to respond to the pre-action protocol. RFU told the Telegraph Sport that Curtiss’ claims are "without merit."

"We are in receipt of a pre-action letter of claim and will be responding via our appointed lawyers," an RFU spokesperson said. "We believe any potential claim is without merit and we will robustly defend the case."

In a letter viewed by the Telegraph Sport, Curtiss said "It is difficult to see how a blanket ban with no exceptions could be justified as necessary."

"Allowing a particular trans woman to play in the female category for contact rugby may not raise any issues in respect of fair competition or the safety of competitors, and if so her exclusion cannot be justified," the letter continued.

Curtiss’ legal team has called on the RFU to disclose how many injuries involving transgender athletes have occurred since the 2018-19 season, as well as how mane transgender and female athletes were consulted with ahead of the vote.