Schneider has become the "first woman" to surpass $1 million on Jeopardy! 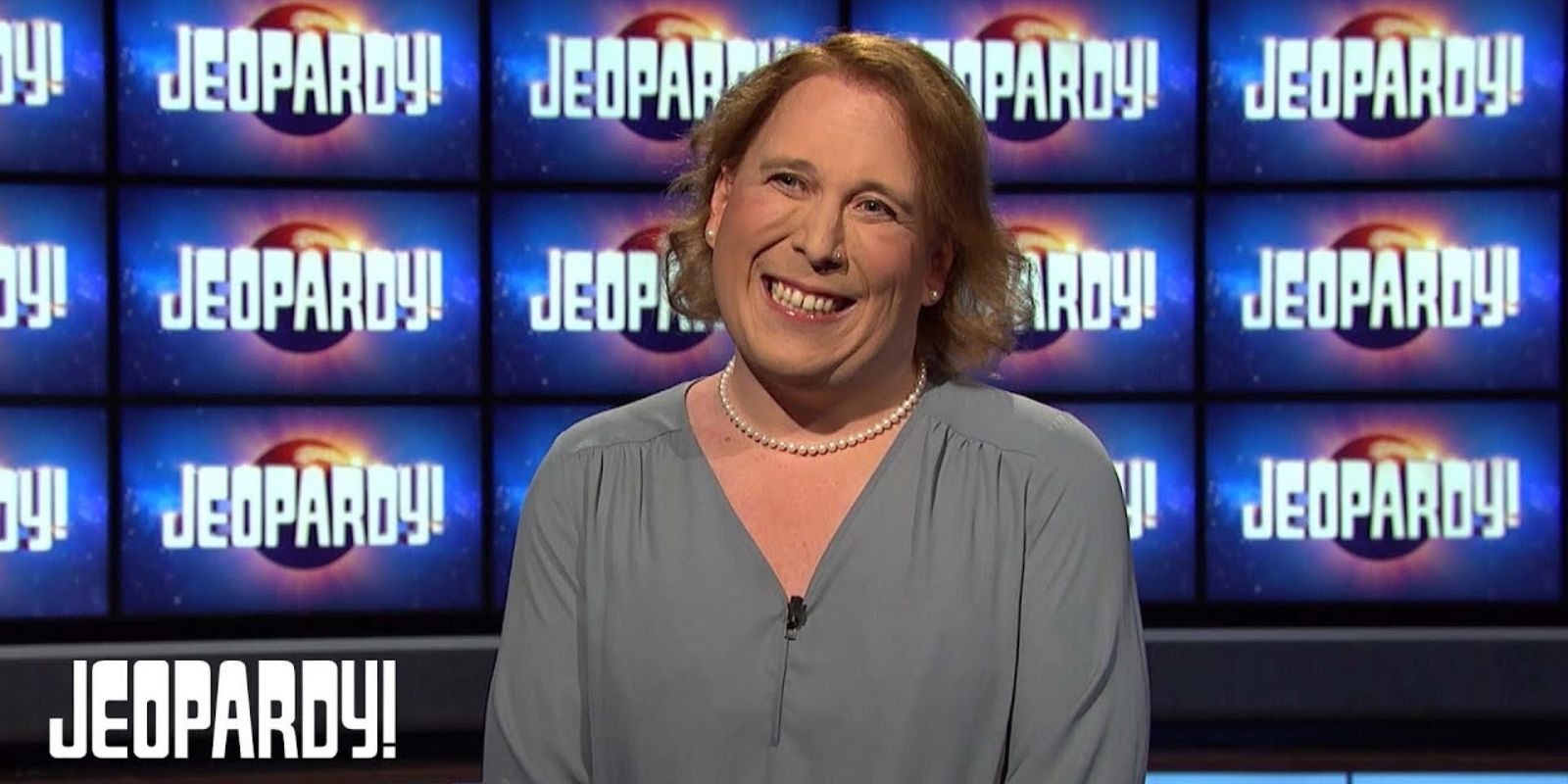 Jeopardy!'s trans champion Amy Schneider, who was given the title of the game show's highest-earning "female" contestant, has won more than $1 million on the iconic franchise and is now being touted as the "first woman" to do so.

"I'll get back to the backlogged game threads tomorrow. But I just want to acknowledge how overwhelmed I am by the things being written about me, and about what this run means. This has been a life-changing experience, thank you all so so much for your kindness and support," Schneider wrote on Twitter.

"During an episode that aired the week of Thanksgiving, she acknowledged her identity as a transgender woman by wearing a trans pride flag pin," NPR reported.

Schneider clarified in late November on Twitter that she didn't want to make a big deal about identifying as trans when she wore the pin on TV: "I didn't want to make too much about being trans, at least in the context of the show. I am a trans woman, and I'm proud of that fact, but I'm a lot of other things, too!"

The New York Times, The Hill, The Week, and even right-wing Fox News all ran headlines praising Schneider's accomplishment with the "first woman" accolade.

"Not only is Schneider already the highest-earning female contestant on the game show, but she also holds the title of being the woman with the longest winning streaking, and now, she's reached a new milestone: becoming one of only four players to reach seven figures in regular-season winnings," Fox News wrote.

Schneider joins Ken Jennings, James Holzhauer and Matt Amodio on the exclusive list of Jeopardy! contestants who have hit the sought-after seven figures.