The federal government hopes to pay approximately $400,000 to residents alongside the US-Canada border crossing for alleged “disruptions” 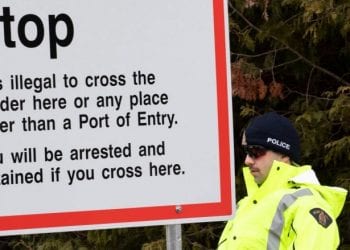 The federal government hopes to pay approximately $400,000 to residents alongside the US-Canada border crossing for alleged “disruptions”.

Around 45 households will be compensated for their troubles since the illegal border crossings began.

According to sources, 8 of the households will receive $25,000 each.

The government has put away a total of $485,000 away to compensate local residents near the irregular border crossing at Roxham Road.

Since 2017, approximately 42,000 illegal border crossers have crossed at Roxham Road.

Some illegal immigrants are taking advantage of loopholes in the Safe Third Country Agreement with the United States to get into Canada as refugees and asylum seekers.