Trudeau campaign calls police on journalist they don’t like

The Prime Minister’s campaign team is now refusing to accredit certain journalists, and siccing the police after them when they attempt to do their job. 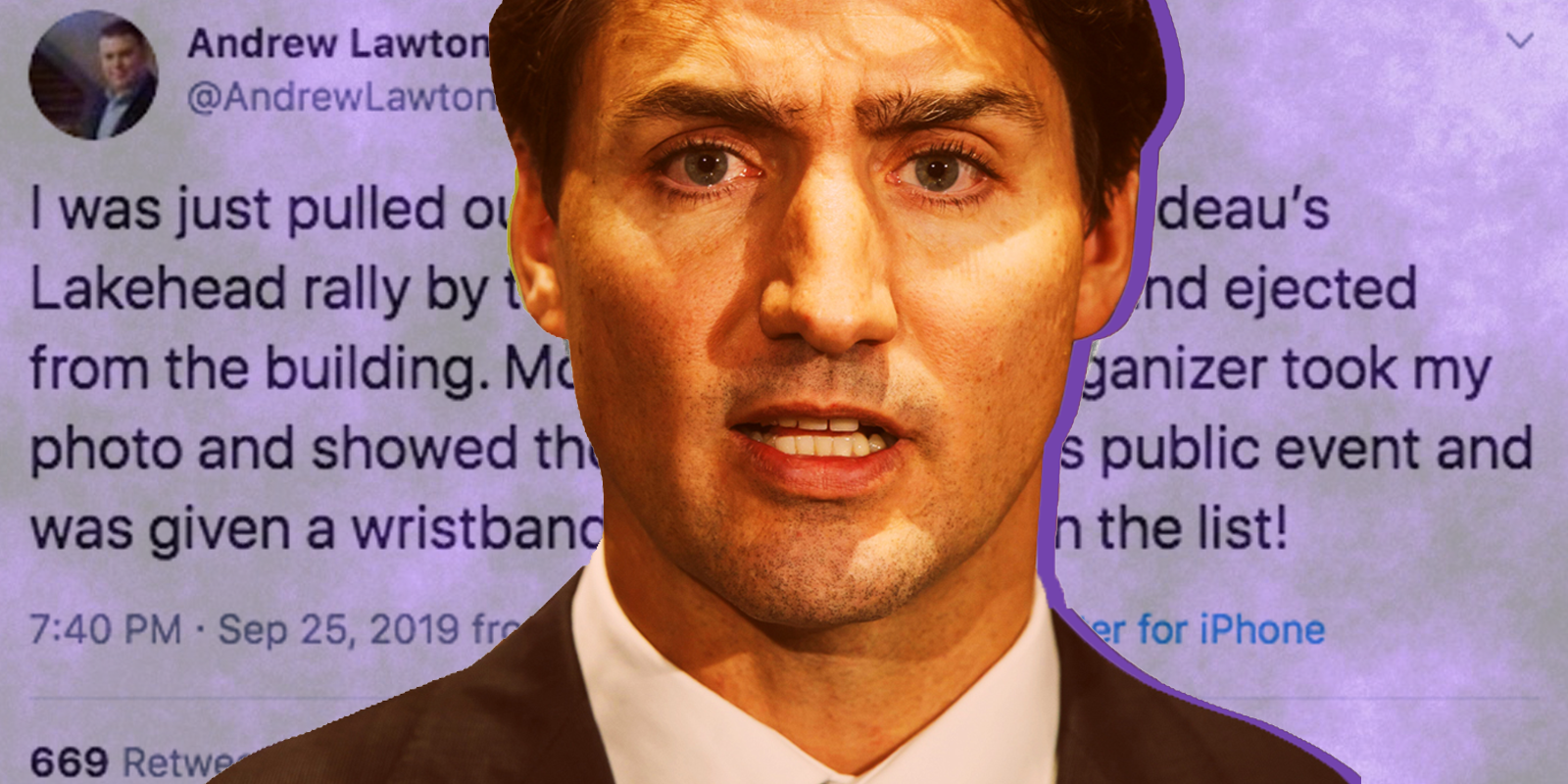 The Prime Minister’s campaign team is now refusing to accredit certain journalists, and siccing the police after them when they attempt to do their job.

Over the last few days, True North Centre conservative journalist Andrew Lawton has been selectively targeted by the Liberal campaign to be banned from covering Justin Trudeau’s campaign.

He’s been kept off the campaign bus, refused entry to events, and now has had the police stop him twice.

During this most recent event, the Liberals kicked Lawton out of public space, at a Canadian university, where he had sent an RSVP and received a wristband.

Lawton was in line to take his seat and wasn’t causing a disturbance, but a party organizer spotted Lawton, even as a private citizen in a public event, took a picture of him and he was subsequently reported to the police.

“I thought it was absurd and just plain wrong that the Liberals have been denying me access to media events by claiming I’m not an accredited journalist,” Lawton told The Post Millennial.

“What happened tonight, however, is reprehensible. They had police remove me from a public event, for which I was on the guest list and received a wristband, after an organizer took a photo of me in line and showed it to them. This from the Liberals who in the last election bragged that all of their rallies were for anyone and everyone.”

In 2011, when former Prime Minister Stephen Harper kicked out rally-goers who failed to meet the loyalty test, he was forced to apologize.

Last election Trudeau defended journalists by saying, “We respect journalists in this country. They ask tough questions and they’re supposed to.”

Lawton has been accredited by the Canadian and British governments, the Ontario justice system, UK courts, the Republican National Committee and Democratic National Committee. Lawton hosted a radio show for five years, wrote a national weekly column for Global News, and previously contributed to the Toronto Sun, National Post and Washington Post. He has also previously interviewed Trudeau in the past.

When Foreign Minister Chrystia Freeland’s aides tried to block Lawton and a Rebel Media journalist earlier this year, foreign press stood in solidarity and refused to participate in a round of questioning until they acquiesced.

In this case, there has been silence from the establishment media, including those on the bus.

The Post Millennial reached out to journalists on the media campaign bus to see why they haven’t stood in solidarity with a fellow journalist being blocked from covering Trudeau and will update this story if they respond.

We also reached out to the Liberal campaign for a comment and have received no response as of this time.