The federal government is withholding Canada’s carbon emissions for 2018 after a report was withdrawn that showed a major increase despite the carbon tax. 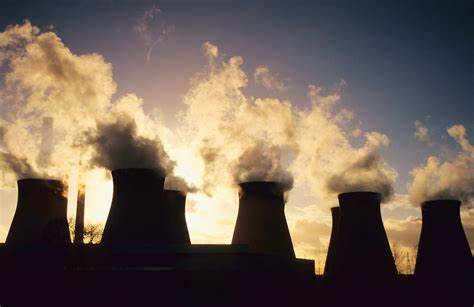 The total greenhouse gas emissions that Canada emitted in 2018 was posted by Environment Canada in a report that was then withdrawn, according to Ottawa news outlet Blacklock’s Reporter. Environment Canada briefly disclosed data that showed emissions went up by millions of tonnes last year from previous years, despite the federal carbon tax being implemented in 2018.

According to the Emissions Projections report released on Dec. 20, even with a carbon tax in effect, the emissions came in at 723 million tonnes in 2018. That number is a jump from the previous year of 716 million tonnes, an increase of seven million tonnes. It is also the highest recording of GHG emissions since 2014.

“Current estimates do not yet fully account for future reductions from green infrastructure, clean technology and innovation,” the report reads, according to Blacklock’s Reporter . The Emissions Projections report also assured that the final numbers would be updated and brought before the United Nations Convention on Climate Change “by January 1, 2020”. However no such finalized information has been forthcoming.

Environment Minister Jonathan Wilksinson responded in a statement, “We know there is much more to do. We continue to work towards being more ambitious.”

“Data for the year 2018 will be submitted to the United Nations by April 15,” Samantha Bayard said, a spokesperson for the department.

The department also refused to confirm to Blacklock’s Reporter its initial estimate that emissions had grown dramatically despite the implementation of the carbon tax. In a testimony at the House of Commons environment committee in 2018, Environment Canada repeatedly avoided providing any numbers on the impact the carbon tax had on emissions.

Last year at the House of Commons environment committee then-Environment Minister Catherine McKenna would not answer questions regarding the impact of the carbon tax on Canada’s overall emissions.

“We have done modeling,” McKenna responded. “It’s important to understand that putting a price on pollution is part of our broader climate plan. We believe in numbers.”

But no numbers were given.