The Trudeau government is looking at new legislation to compensate Canadians who have their privacy breached when hackers access their private information. 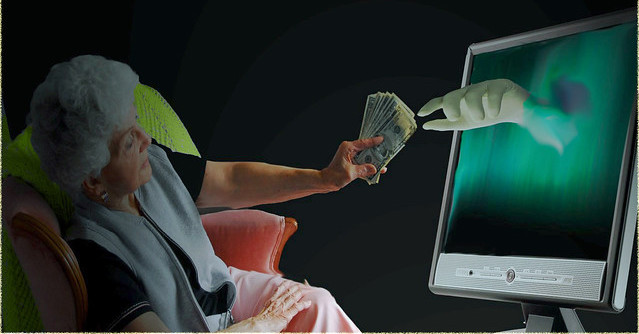 The Liberal government is discussing introducing a new set of online rights in the wake of many Canadians’ privacy being breached. This would include compensation for victims of online fraud.

When such legislation will be introduced remains unclear, and there is little information on what the compensation would look like, but the government says fines for those found guilty of breaching someone’s personal data are certain.

Prime Minister Justin Trudeau has assigned mandate letters for Innovation, Science and Industry Minister Navdeep Bains and Heritage Minister Steven Guilbeault in order to curb the problem, asking them to work on a “digital charter” that would usher in new legislation to compensate Canadian victims of data breach, according to the CBC.

“It will be significant and meaningful to make it very clear that privacy is important. Compensation, of course, is one aspect of it,” said Bains, explaining that the government would like “to demonstrate to businesses very clearly that there are going to be significant penalties for non-compliance with the law. That’s really my primary goal.”

Compensation for victims would encourage private companies to take these issues more seriously according to privacy lawyer Ryan Berger, of Lawson Lundell in Vancouver. “It will incentivize organizations … to take steps to protect that information and ensure that, for instance, health information is encrypted,” he said. “So right now, there aren’t the sorts of financial implications for them if they fail to do that.”

It is a pressing issue, about 57 per cent of Canadian online reported experiencing a cyber security breach in 2018 according to Statistics Canada.

Lifelabs, a medical services company reported that approximately 15 million customers in Ontario and B.C. could have had their private information accessed during a data breach last month.

The Quebec financial institution Desjardins Group faced a similar scenario a few months earlier when an employee with “ill intention” gathered 4.2 million client’s information and shared it, resulting in a class action lawsuit for both companies.

Teresa Scassa, Canada Research Chair in Information Law and Policy said, “This is becoming a real challenge for courts and businesses to manage.”

“So one of the questions when I see ‘with appropriate compensation’ — I wonder, are they thinking of something other than class-action lawsuits? Are big companies going to be asked to have reserve funds to pay out compensation? Is there going to be a fixed chart of compensation?”

One avenue to preventing privacy breaches would be the government’s talk of a “right to be forgotten” or “right to erasure” law by calling for the “ability to withdraw, remove and erase basic personal data from a platform.”

In 2014 the European Union passed a law that allowed citizens to ask Google to remove web hits that popped up upon their name being searched if they felt they were problematic. The case was brought about by a Spanish lawyer who fought to have material about his past debt troubles scrubbed from the search engine.

Web hits aren’t usually deleted if they are considered, “inadequate, irrelevant or excessive” under the new law but they rather they are hidden by the tech giants in process call de-indexing or de-listing.

Minister Bains said his department will study the EU version of the law as well as a California’s when drawing up the possible model for a Canadian law.

“I find it a little bit odd that they’ve framed the right of erasure in what I think are pretty narrow terms compared to what the emerging standard seems to be internationally,” she said. “There’s a certain lack of clarity here that I think is, well, maybe deliberate, but in some ways I think maybe it’s a bit of a muddled message too.”

A survey conducted last year by an Angus Reid Institute found that 51 per cent of Canadians were in favour of a right to be forgotten online and the right to have search results changed. Not everybody agreed, with 23 percent claiming that erasing negative information would mean “erasing history and facts.”

“I want to hit the ground running. This is a priority for me and our government. We want to move forward to start to see aspects of the digital charter reflected in legislation and new policies and programs as well,” said Minister Bains. “The goal is to work with opposition members sooner rather than later in presenting this legislation in a timely manner.”

There is currently no timeline as to when the proposed legislation would be brought into place.