Trudeau and Jinping were also seen seated beside one another at a later luncheon but the two leaders never addressed each other and silently sat together. 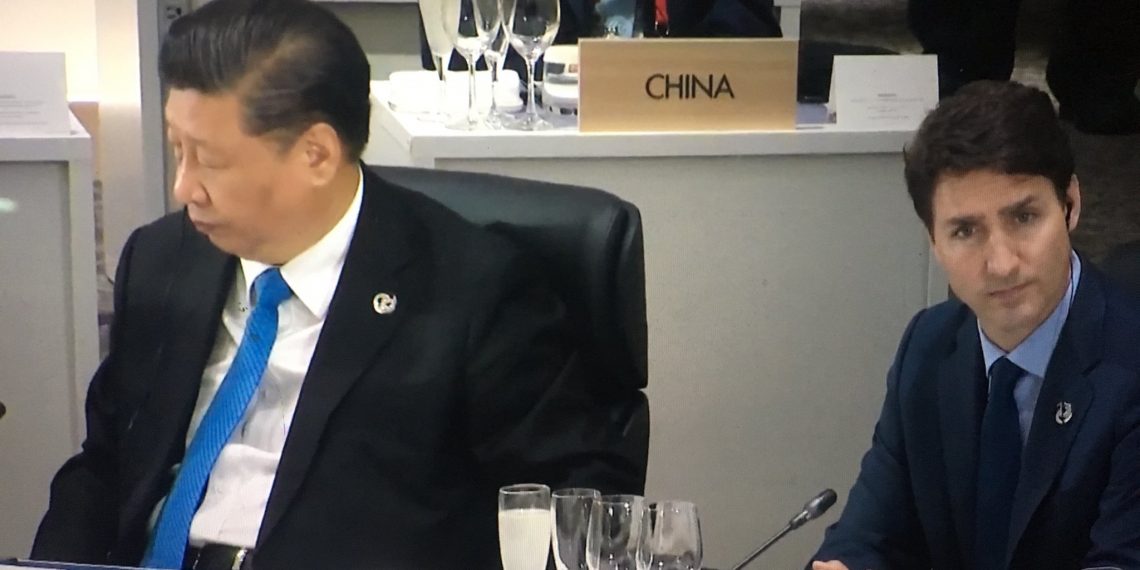 Shortly after the summit began, Trudeau is seen seeking out Jinping and chatting for a few minutes before a traditional Japanese performance.

The short meeting occurred on the outskirts of the leaders’ summit.

According to the Prime Minister’s Office, Trudeau and Jinping had “multiple” conversations during the event which were described as “constructive”.

China and Canada have been embroiled in a diplomatic dispute since Huawei CFO Meng Wanzhou was arrested in Vancouver on an extradition order from the United States.

In an earlier meeting with US President Donald Trump, the detention of two Canadians, Michael Spavor and Michael Kovrig, was highlighted by the two. According to Trump, he intends to raise the issue in his chats with the Chinese President.

Trudeau and Jinping were also seen seated beside one another at a later luncheon but the two leaders never addressed each other and silently sat together.

According to sources, the two didn’t speak due to the fact that no translator was nearby.