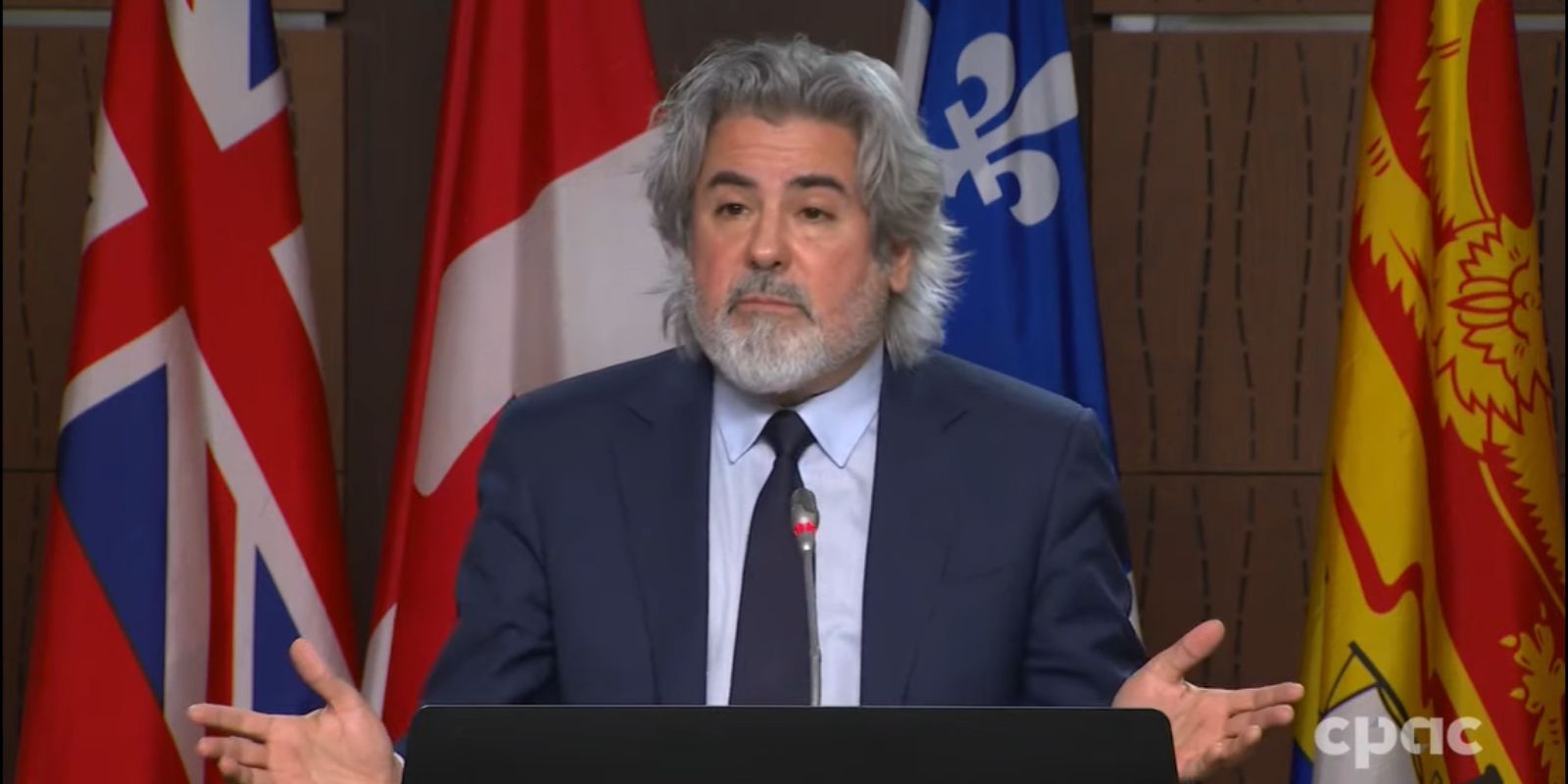 According to the government of Canada's website, the bill will "ensure that major digital platforms fairly compensate news publishers for their content and enhance fairness in the Canadian digital news marketplace, including the sustainability of independent local news businesses."

Minister Rodriguez provided details during a press conference on Tuesday, where he said that the Canadian news sector was "in crisis," saying that the weak state of media contributes to the heightened public mistrust and "the rise of harmful disinformation in our society."

"Just think for a moment that between 2008 and today, 251 news outlets closed their doors in Canada. In the last two years, 64 of them closed their doors. Yet, news seems to be everywhere... It's more available than ever. So what exactly has changed?" asked Rodriguez. "Well first, more and more Canadians are turning to digital platforms as gateways to finding their news content today, and this shift online has had an incredible impact on news businesses.

"Traditionally, advertising has been a major source of revenue for news businesses, and they would take that money and reinvest those advertising dollars into their journalists and their newsrooms, but today, that's less and less the case.

"I would say that the reality is grim. In 2020, online advertising revenues in Canada were close to ten billion dollars, with two dominant digital platforms taking over 80 percent of those revenues. That's an incredible chunk of power in the market," he said.

"This also means that while news has been shared widely, journalists and newsrooms are not earning what they should for their work.

"Tech giants like Meta and Google are making a lot of investments in Canada. You know what, we love that... but at the same time, they continue to profit from the sharing and distribution of Canadian news content without really having to pay for it."

While the bill sounds promising, alarms are already being sounded by the University of Ottawa's Internet and E-Commerce Law Professor Michael Geist, and others.

Bill C-18 will hand "new power to the CRTC to oversee what are effectively mandatory payments by Internet platforms such as Google and Facebook for the mere appearance of news on their platforms. This represents nothing less than a government-backed shakedown that runs the risk of undermining press independence, increasing reliance on big tech, and hurting competition and investment in Canadian media," Geist wrote on his site.

While he acknowledges that Meta and Google deserve "much of the criticism" that comes their way, and that stronger regulatory measures are indeed needed, he says that their dominance is a sign of a "competition issue, not a news one."

"Requiring the companies to pay for news based primarily on having developed a more successful digital advertising platform is not a supportable policy," writes Geist.

He argues that programs and policies that make Canadian media organizations more reliant on government intervention has had a demonstrable impact on independence of the press. He also argues that Canada's powerful media organizations are fully capable of striking licensing deals with internet platforms, including the Globe and Mail, Toronto Star, Le Devoir, and the Winnipeg Free.

"This points to the reality that there is the ability to negotiate mutually beneficial agreements without the need for government intervention or mandates," he writes.

News businesses will be able to negotiate collectively, with the government expecting publishers to begin bargaining with big tech platofrms within a year.

As first reported by the National Post last week, "the CRTC will be regulator in charge of the new regime and some commercial deals will be exempt from the bargaining process. The CRTC will have the power to levy fees of up to $15 million a day on platforms that don’t comply with the regime, the government said Tuesday."

The Liberal legelislation is not without precedent. Last year, Facebook blocked Australian users from sharing or viewing news content on the platform, causing much alarm over public access to key information, according to the BBC.

The blocking came in response to a law that would make Big Tech companies pay for news content.