The immense increase of cheap foreign labour, through the vast expansion of “guest worker” programs that have been brought in by the Trudeau government must be addressed. 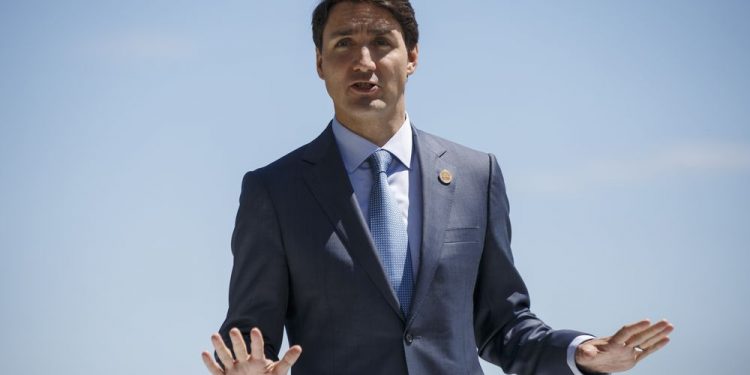 One of the biggest changes to Canada’s labour market, a change that will have seriously negative, long-term implications for Canadian workers, has been made with almost zero public discussion.

That change is the immense increase of cheap foreign labour through the vast expansion of “guest worker” programs that have been brought in by the Trudeau government.

I recently wrote about it at SpencerFernando.com:

“As reported by the Vancouver Sun, since 2015 the Trudeau Liberal Government has implemented a massive surge in the number of ‘guest workers,’ and foreign students. They have increased the number of ‘international mobility program’ workers (aka cheap foreign labour guest workers) by a shocking 400% in just 3 years.

The key number here is the surge in guest workers.

Bringing in 250,000 guest workers (AKA cheap foreign labour) is a huge distortion of Canada’s labour market.

It has the impact of driving down the bargaining power and wages of individual Canadian workers, as guest workers are often far more desperate, and far more willing to work for low (even illegally low) wages, and put up with horrendous mistreatment due to their fear of tenuous status.

You’ll notice how, whenever this topic is discussed, the entire conversation is centred around how big businesses view the labour market.

We constantly hear about “labour shortages,” or “being unable to find workers” for certain jobs.

However, the flip side of those things is never discussed.

A “labour shortage” is also a “good environment for workers.” “Being unable to find workers” also means “you have to increase wages or improve working conditions.”

Notice how the same politicians on the left that always talk about raising the minimum wage never talk about reducing the flow of cheap labour into the country, which would cause market forces to increase wages without government action.

Canada is facing a cost of living crisis, with inflation (the real inflation rate people are feeling on the ground) far surpassing any modest wage increases. As a result, debt is exploding and people are unable to keep up.

The best way for the government to fix that problem would be to stem the flow of cheap labour into the country, creating an environment in which companies have to fight harder to compete for workers, offering better benefits and higher wages to entice people to work for them. And that is incredibly simple to do, just by dramatically reducing the number of guest workers allowed into the country.

But instead, the Liberals are doing the exact opposite, and are betraying working class Canadians. Big corporations with connections to the Liberals may like it, but for the vast majority of Canadians, this surge of cheap foreign labour is a disaster.

This must become an election issue. Each political party must make clear where they stand on this cheap foreign labour surge, and anyone who claims to stand up for Canadian workers must strongly oppose Trudeau’s disastrous policy.