Trump-endorsed candidates poised for big nights in primaries across America

By far the election with the most eyes on it is Arizona, where numerous Trump-backed Republicans, including gubernatorial candidate Kari Lake, are in the running for leadership nominations. 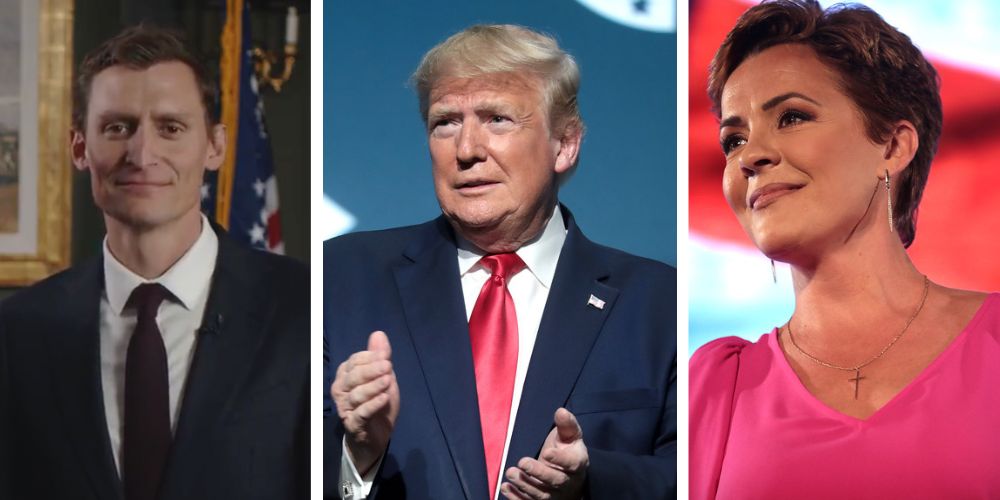 Millions of Americans are heading to the polls today to vote in Arizona, Michigan, Missouri, Washington, and Kansas state primaries.

By far the election with the most eyes on it is Arizona, where numerous former President Donald Trump-backed Republicans, including gubernatorial candidate Kari Lake, are in the running for leadership nominations.

Lake, one of the most notable Trump-backed nominees, is a strong supporter of Trump’s 2020 election claims, and is running on addressing election security issues, securing the southern border, pushing progressive ideologies out of school, and funding the polices amongst many other issues.

In a RealClearPolitics poll average published recently, it showed Lake up 9.3 percent over Robson, 47.8 percent to 38.5 percent, respectively.

The winner of the Republican gubernatorial primary will likely face off against Arizona Secretary of State Katie Hobbs on November, who is currently leading against her Democrat competitors, according to Fox News.

According to CNN, Maricopa County Sherriff’s Department has had a "more robust" appearance at polls, with both plainclothes officers and visible deputies on guard.

Sherriff Paul Penzone said that no specific threat has prompted the response, but rather the uptick in political violence across the nation reportedly brought about the beefed up response.

"There will be zero tolerance and we will protect democracy and make sure people can vote safely," Penzone said.

The winner of the Republican primary will take on Democrat Governor Gretchen Whitmer in November.

Also in Michigan, Trump-backed John Gibbs will be facing off against unclimbed Rep. Peter Meijer, who was one of 10 House Republicans to vote to impeach then-President Trump following the riot at the Capitol building no January 6, 2021.

Another House Republican that voted to impeach Trump is facing the ballot box today, with Reps. Dan Newhouse and Jamie Herrera Beutler of Washington State facing numerous challengers in the primary, including multiple candidates backed by Trump.

According to Fox News, "Washington conducts what is known as a jungle primary, in which the top two vote-getters — regardless of party affiliation — advance to the general election."

While Kansas is seeing primary elections for the governor, Senate, and House, the most watched ballot provision coming from the state is one regarding abortion.

According to The Guardian, a question on the ballot asks voters whether or not the state’s constitution should be amended to continue protecting abortions. The ruling comes over a month after the Supreme Court issued a ruling that overturned Roe v Wade.

According to Fox News, Schmitt, who has previously won two statewide Missouri elections for treasurer and later for attorney general, has topped the latest surveys for the state.