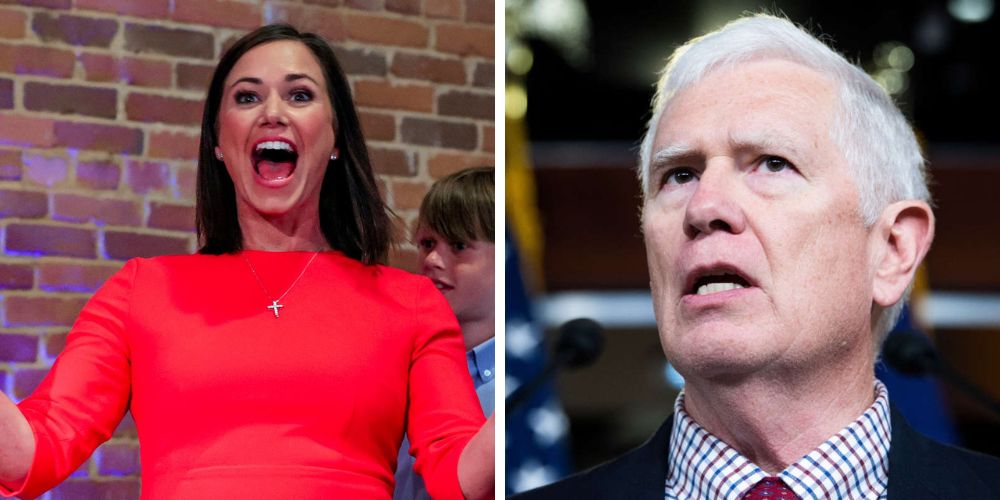 According to Decision Desk HQ, Britt earned 66.54 percent of the vote to the 33.46 percent Brooks garnered when the race was called.

Former President Donald Trump endorsed Britt after she came in first place in the GOP primary election in May. Before the primary, Trump had endorsed Brooks, who lost the former President’s support when he said it was time to move on from the 2020 election.

Trump said in March when he yanked his support from Brooks, "When I endorsed Mo Brooks, he took a 44-point lead and was unstoppable. He then hired a new campaign staff who 'brilliantly' convinced him to 'stop talking about the 2020 Election.'"

He added, "Very sad but, since he decided to go in another direction, so have I, and I am hereby withdrawing my Endorsement of Mo Brooks for the Senate. I don’t think the great people of Alabama will disagree with me. Election Fraud must be captured and stopped, or we won’t have a Country anymore."

Brooks placed second during the state’s GOP primary and since neither candidate had 50 percent or more of the vote, the run-off election was scheduled.

Britt will face off against Democratic candidate Will Boyd in November.