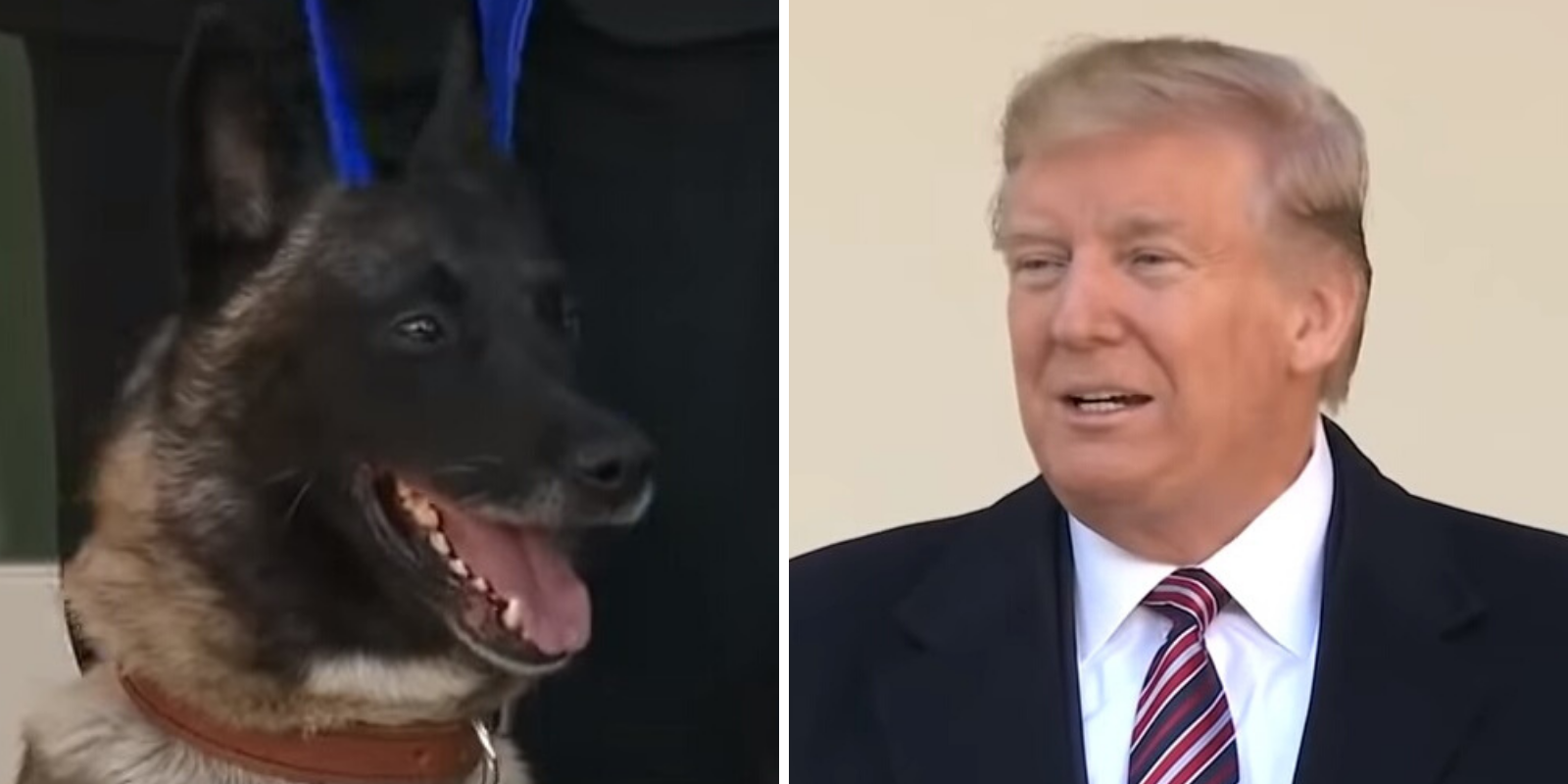 Conan, who was named after comedian Conan O’Brien for her shaggy hair-do, chased al-Baghdadi down a tunnel before he detonated his suicide vest, killing himself and his three young children.

Though initial reports weren’t clear as to whether Conan was a good boy or a good girl, it is now confirmed that Conan is indeed a female, making her the goodest girl in the world.

“Good morning, so this is Conan. Right now probably the world’s most famous dog. I have to use the word probably,” said Trump while introducing the K9 comrade.

“The dog is incredible, actually incredible,” Trump said about Conan, a Belgian Malinois. “We spent some good time with it. And, so brilliant. So smart.”

During the media event, Trump said that Conan was “very badly hurt” in the raid, with a possibility that the girl would never recover. “Conan is a tough cookie,” said Trump, noting that she was now fully recovered and would still be serving. “Nobody is going to mess with Conan.”

Trump had previously caused online controversy from the likes of humourless fact checkers at the New York Times. The photo, a clearly doctored image created by the photoshop team at the Daily Wire, became a thorn in the side of the Times, as they ran a headline reading “Trump Tweets Faked Photo Of Hero Dog Getting a Medal”.

“The dog appeared to have been edited over a 2017 Medal of Honor recipient,” stated the Times’ article.

Though many found the photo “disrespectful” because it covers the face of medal of honour recipient James McCloughan. When the Times asked McCloughan if he was offended by the photo, he “interpreted it as Mr. Trump recognizing the dog’s heroism. He certainly was not offended and laughed when he compared the two images.”

A member of the press asked First Lady Melania Trump if she would adopt Conan for Barron, the couple’s youngest son. Trump and Melania laughed, but Melania said no.