Trump looking into vape ban across the U.S.

U.S. President Donald Trump reportedly told media that he is concerned with the nation’s obsession with vaping. 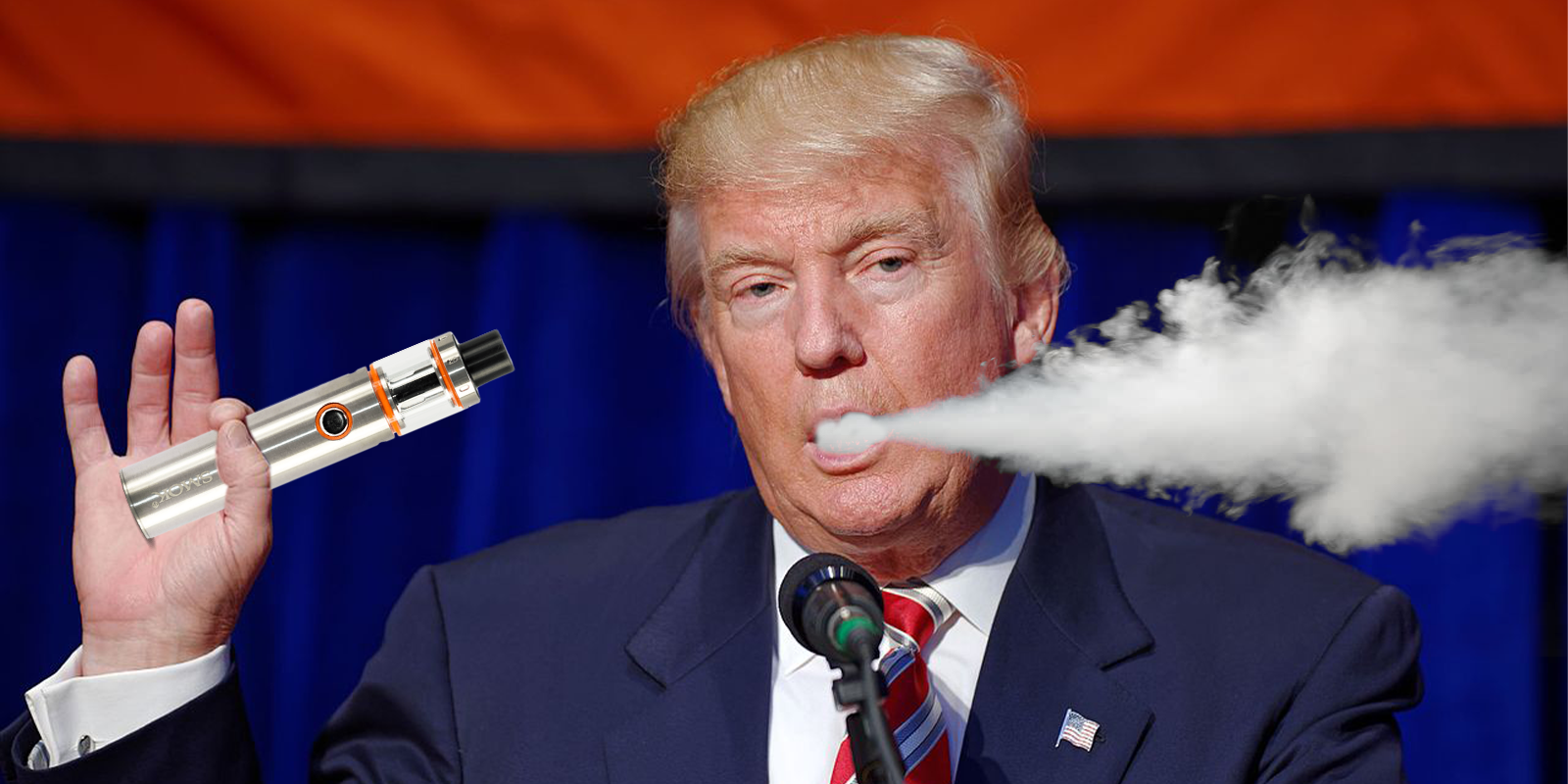 U.S. President Donald Trump reportedly told media that he is concerned with the nation’s obsession with vaping, especially among “innocent children.”

It’s no empty gesture, either. Trump has ordered health officials at the Food and Drug Administration to remove all flavoured e-cigarettes.

Alex Azar, the Health and Human Services Secretary, said Wednesday that children were picking up nicotine addictions due largely in part to the flavoured selection of e-cigarettes available, and that the Food and Drug Administration was in the process of creating a “guidance document” that would lead to a ban on vapour flavours aside from the regular tobacco flavour.

“Once the FDA would finalize this guidance, we would begin enforcement actions to remove all such products from the marketplace,” Azar said.

This comes in response to six deaths that have been linked to deaths in the U.S., with another 450 cases across 33 states being investigated by health officials.

“We have a problem in our country, it’s a new problem … and it’s called vaping,” Trump said. “Especially vaping as it pertains to innocent children.”

The investigation, led by the U.S. Centers for Disease Control and Prevention as well as the U.S. Food and Drug Administration has not been able to definitely link conditions to any specific e-cigarette product or ingredient.