Trump holds the official title of being the first president to enter the White House in full support of marriage equality. Yet you wouldn't know that from breathless media accounts. 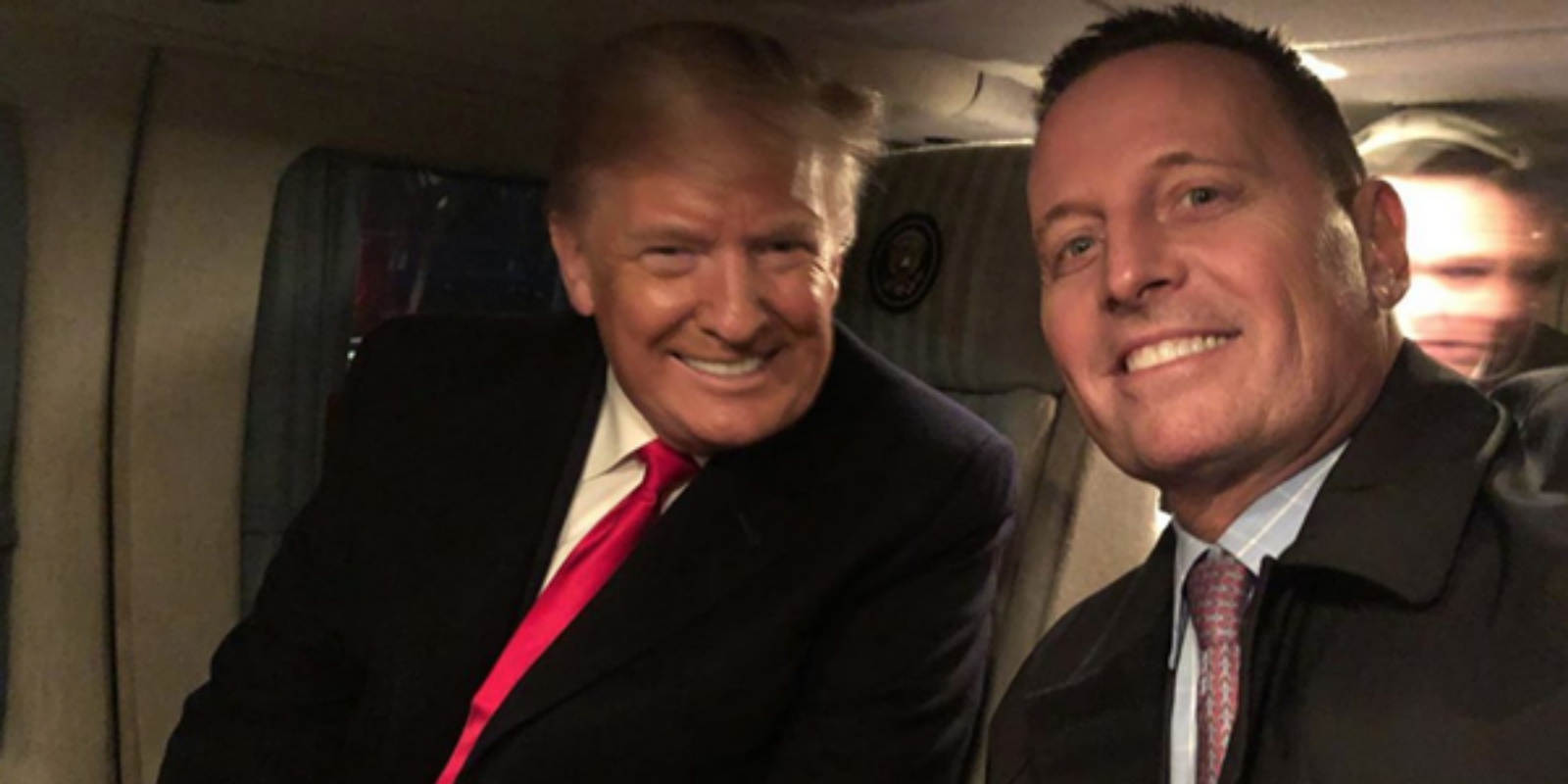 Trump holds the official title of being the first president to enter the White House in full support of marriage equality. Yet you wouldn't know that from breathless media accounts.

It is quite the interesting position LGBT Americans find themselves in where both political parties seem determined to fight to be our champion in the White House. On the day the media announced Biden is projected to be the next President, LGBTQ Nation boldly declared, Joe Biden will be the first president to enter the White House supporting marriage equality.

As supporters of President Trump might notice, this headline looks to, as the gays say, snatch the wig from Trump's unique historical position. Richard Grenell, the first gay person appointed to the Cabinet in US history, clearly articulated during this the campaign.

Whereas President Obama ran for both terms on adamantly supporting traditional marriage, only "evolving" on the issue once safely in his second term once polling showed public opposition was waning, President Trump entered office directly supportive of the Obergefell decision, stating he was fine with gay marriage and that Obergefell was settled law, in November of 2016.

As LGBTQ Nation points out, President Trump stated prior to his election that he supported traditional marriage. Citing a Politifact article from August of 2016, part of the evidence comes from an interview with LGBT magazine Advocate where he stated he believed marriage was between one man and one woman, then a 2011 interview where he stated the same thing and the accusations of US Rep. Sean Maloney, D-NY. In 2011 he stated to Bill O'Reilly, "I just don't feel good about it," Trump said. "I don't feel right about it. I'm against it, and I take a lot of heat because I come from New York. You know, for New York it's like, how can you be against gay marriage? But I'm opposed to gay marriage."

In 2011 White House communications director Dan Pfeiffer insisted that President Obama "has never favored same-sex marriage." In May of 2012 Vice President Joe Biden expressed support for same-sex marriage on "Meet the Press" which caused such controversy in the White House that his comments were walked back and stated he was only discussing his own views and he didn't fully support same-sex marriage. The Huffington Post stated at the time, "Biden never explicitly said that he backed marriage equality, but he implied it."

In that 2000 Advocate interview, Trump is positioned as a progressive pro-gay thinker supporting protections for gay people, boasting of his own opposition to discrimination in his businesses and his support of equal civil unions for gay couples. In 2005, Trump celebrated his friend Elton John's same-sex wedding on his personal blog, gushing with pride and positivity. A year later Joe Biden, in 2006, then Senator Biden, went on "Meet The Press" and argued in opposition to oppose a Constitutional Amendment to ban gay marriage, "We already have a law, the Defense of Marriage Act. We've all voted—not, where I've voted, and others have said, look, marriage is between a man and a woman and states must respect that. Nobody's violated that law, there's been no challenge to that law."

In January of 2016, President Trump stated he would look at potential Supreme Court Justices who would overturn Obergefell because he felt the decision on marriage should be left to the states. This was further discussed by the Log Cabin Republicans in March of 2016 who felt Trump's stance on same-sex marriage was unclear due to his opposition to the Obergefell decision. While LGBTQ Nation cites the official LGBT page for the 2020 Trump Campaign, Trump Pride, Richard Grenell and even Melania Trump stating the fact that Trump supported same-sex marriage, personally and legally, when entering office, they insist his "anti-LGBT" record disproves it.

Of course this demonstrates little more than confirmation bias as I discussed in length reviewing more than 160 such claims and finding no objective evidence to support them in my book, Without Context: Evaluating the Anti-LGBT Claims Against the Trump Administration. Their last argument is that Trump failed to sufficiently promote or celebrate same-sex marriage or LGBT people while president, not even personally celebrating any famous LGBT people getting married. Joe Biden has officiated two same-sex wedding and celebrated Megan Rapinoe and Susan Bird for their engagement during his campaign.

This too is both inaccurate and an issue of bias. President Trump commented "My great honor!" to the Log Cabin Republicans tweeting out Richard Grenell discussing Trump's extraordinary accomplishments for LGBT Americans. In 2019 President Trump celebrated the accomplishments of LGBT Americans during LGBT Pride month and vowed to fight the criminalization of homosexuality worldwide. President Trump visited US Capitol Police officer Crystal Griner, who helped save the lives of House Republicans and Rep. Steve Scalise during a 2017 terrorist attack, and her wife in the hospital and later awarded her the Medal of Honor.

Despite LGBTQ Nation's argument that the designation "is a byzantine and overly nuanced title, created for the sole purpose of white-washing" Trump alleged, and completely unsupported, "anti-LGBT" record, it remains factually and objectively correct. President Trump stated clearly that he supported same-sex marriage prior to entering his Presidential term. He remains the first President to enter office supporting same-sex marriage. No amount of political spin will change that.

More importantly, everyone in politics has "evolved" on the issue of same-sex marriage over the last few decades, often following public opinion on the subject. It truly is no longer relevant what positions were held in the past, considering all involved parties have changed their position to the pro-LGBT view since.

It is fascinating how LGBT media and advocacy manage to balance Trump and his team's clear support for LGBT people with their near obsession with demanding the opposite is true. Regardless, LGBT Americans should be flattered to know both major parties dedicate so much time in outreach and public support for us. If that isn't acceptance and progress, I don't know what is.