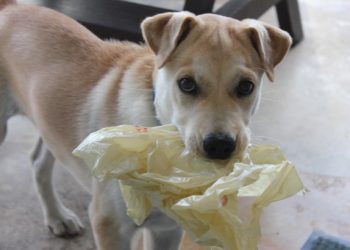 Imagine going for a ride with your best friend. Imagine resting your eyes while in transit only to find out that your best friend was gone, and you don’t know if you will ever see them again.

That’s what happened to Alberta Bakker last night on the TTC. She fell asleep and her 8-year-old dog was gone. And so was her iPad.

According to City News, “Alberta Bakker said she got on at Eglinton station and fell sleep with her dog on her lap at around 6:30 p.m. When she woke up to get off at St. Andrew station, 8-year-old Malachi was gone. Her iPad was also stolen.”

A visitor from London spotted the little fella and alerted the proper authorites. The two pals were reunited.

Bakker took to Facebook to spead the good news that the puppy was found.  No word on that iPad though.