Lorenz claimed to be the victim of an online harassment campaign and described online criticism as having “destroyed her life.” 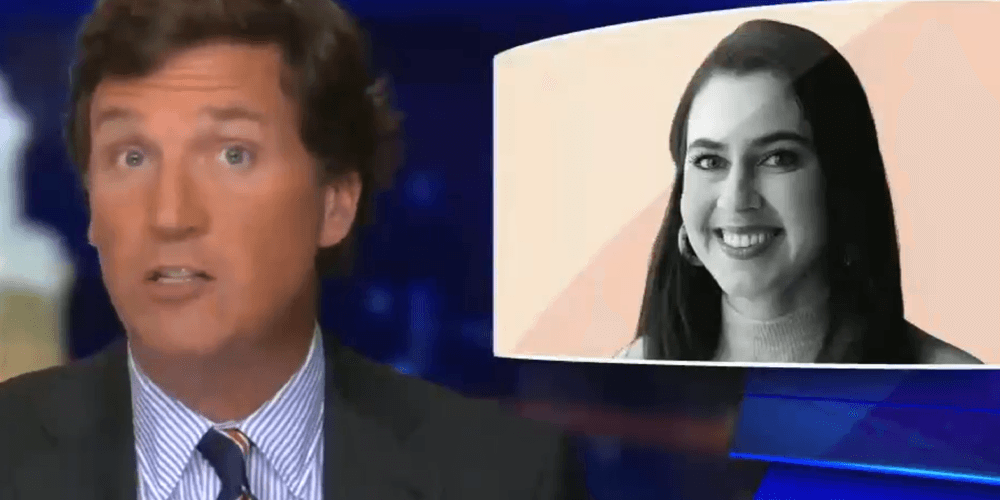 Fox News host Tucker Carlson took aim at disgraced New York Times journalist Taylor Lorenz amid her International Women’s Day stake at victimhood, when she claimed to be the victim of an online harassment campaign and described online criticism as having “destroyed her life.”

Lorenz was previously exposed for lying about billionaire investor Marc Andreessen, falsely asserting that he’d used the dreaded “r-word” in a Clubhouse call.

In a Tuesday broadcast, Carlson slammed the disgraced reporter as one of several “powerful people claiming to be powerless.”

“The most powerful people claiming to be powerless. Taylor Lorenz for example sample writes for the New York Times. She's at the very top of journalism's repulsive little food chain. Lorenz is far younger than prominent New York Times reporters used to be. She's also much less talented. You'd think Taylor Lorenz would be grateful for the remarkable, good luck that she's had,” he said. “But no, she's not.”

“Just this morning she tweeted this, quote, ‘for International Women's Day, please consider supporting women enduring online harassment. It's not an exaggeration to say that the harassment and smear campaign I've had to endure over the past year has destroyed my life.’”

“Destroyed her life. Really?” Carlson continued. “By most people's standards, Taylor Lorenz would seem to have a pretty good life. One of the best lives in the country, in fact. Lots of people are suffering right now, but no one's suffering quite as much as Taylor Lorenz is suffering.”

“People have criticized her opinions on the internet and it destroyed her life,” he added. “Let's pause on this International Women's Day and recognize that. You thought female Uyghurs had it bad – you haven't talked to Taylor Lorenz.”