"This photo is misleading as it could be interpreted as being current due to what is happening now in Ukraine," the Twitter label on Kinzinger's tweet reads. 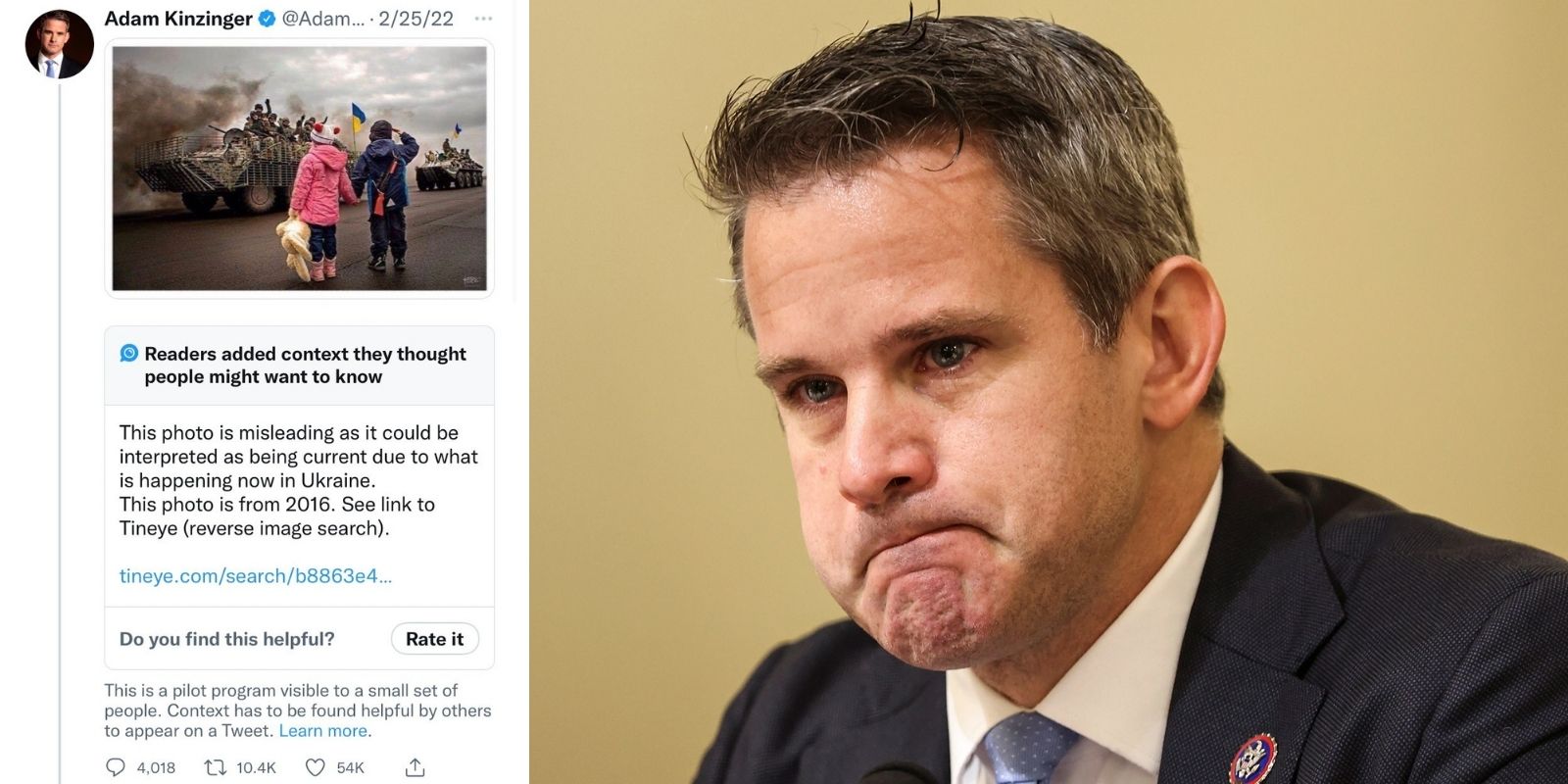 Kinzinger, the vocal Trump critic currently representing the 16th congressional district of Illinois, has recently been flagged by Twitter for attempting to pass off a years-old image as a current-day depiction of Russia's war in Ukraine.

While the Big Tech platform's cautionary language isn't an explicit ban or restriction on Kinzinger's account, it does present viewers with a warning on the debunked tweet that the content may not be all it's chalked up to be.

"This photo is misleading as it could be interpreted as being current due to what is happening now in Ukraine," the label reads on Kinzinger's late February tweet.

The notice, mentioning readers added context they'd wanted viewers to know, adds that the photo in question is from 2016. A link is provided to reverse image search engine Tineye. Twitter's pilot program is visible to a small set of users. Context has to be found helpful by others to appear on a tweet, Twitter noted.

The viral image of children waving off troops was also fact-checked by PolitiFact, which ruled it "does not depict the current conflict between Ukraine and Russia."

Two young children holding hands are seen in the widely circulated image saluting Ukrainian troops rolling by on tanks. One of the kids wears a pink jacket with a stuffed animal in her hand while the other has a toy guy slung across his soldier.

Twitter's note is particularly ironic as Kinzinger has often framed himself as being firmly opposed to conspiracy theories and other forms of misinformation. His Twitter bio reads: "Aggressively calling out conspiracy theories, early and often."

Kinzinger has repeatedly called for strong American support of Ukraine, going so far as to label any skepticism over the Russia-Ukraine conflict the work of pro-Putin allies. The lawmaker has accused Fox News host Tucker Carlson and former Rep. Tulsi Gabbard, a Hawaii Democrat, of aligning with the Kremlin.

"Pure, pointless evil. Everyone who took Putins [sic] side in American politics needs held to account. Everyone," Kinzinger wrote Wednesday. He then added in a follow-up tweet: "And talking heads like @TuckerCarlson @TulsiGabbard etc."