"I want to make it clear, this isn’t the end of my political future, but the beginning," said Kinzinger. 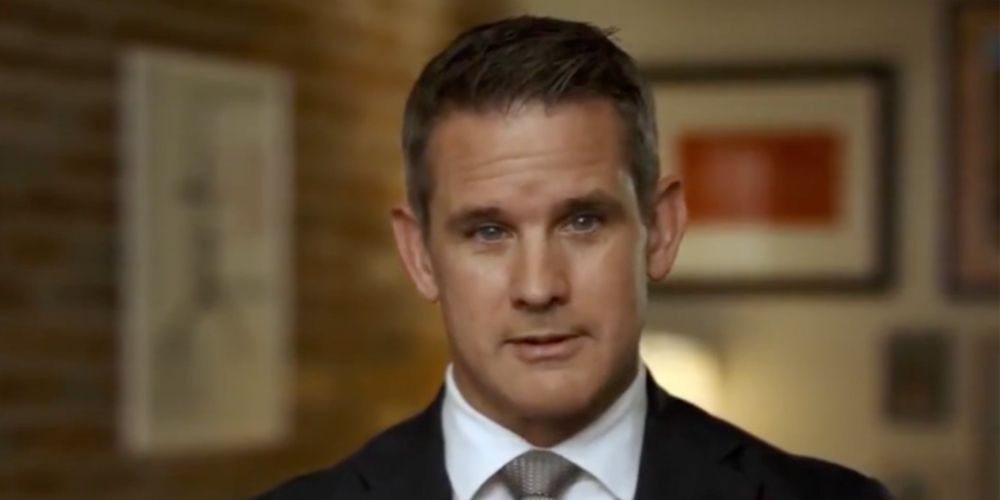 On Friday, outspoken Trump critic Representative Adam Kinzinger announced that he would not be seeking reelection, and would instead be retiring from Congress, though he urged that this wasn't the end of his "political future."

"In 2009, I returned from Iraq and made a decision that ran in the face of all odds and sanity. I would challenge an incumbent in a seemingly unwindable race for Congress. At that time, I was spurred to run by my conviction of our role in the world. Somehow I won, and I'll never forget that campaign," said Kinzinger in a five-minute-long video posted to Twitter on Friday.

"I also remember during that campaign saying that if I ever thought it was time to move on from Congress, I would. And that time is now. But let me be clear, my passion for this country has only grown. My desire to make a difference is bigger than it's ever been. My disappointment in the leaders that don't lead is huge," he continued in the social media announcement.

Kinzinger when on to slam the current government, stating that "government for, of, and by the People always prevails."

"At the moment, that government is the problem and few have risen to do anything about it. Because in this day, to prevail or survive, you must belong to a tribe. Our political parties only survive by appealing to the most motivated and the most extreme elements within it," said Kinzinger. "And the price tag to power has skyrocketed. And fear and distrust has served as an effective strategy to meet that cost. After all, if a man is convinced that his very survival is at stake, he'll part with anything, including money to ensure he does survive."

Kinzigner also blasted the current political environment that thrives on dehumanizing and dividing the American people.

"Dehumanizing each other has become the norm. We've taken it from social media to the streets. We've allowed leaders to reach power selling the false premise that strength comes from degrading others. And dehumanizing those that look, act, or think differently than we do," said Kinzinger.

"As a country, we've fallen for those lies and now we face a poisoned country filled with outrage blinding our ability to achieve real strength. It has become increasingly obvious to me that as a country, we must unplug from the mistruths we've been fed. In Congress, I've witnessed how division is heavily rooted. There is little to no desire to bridge our differences and unity is not longer a word we use," he continued.

"It has also become increasingly obvious to me that in order to break the narrative I cannot focus on both a re-election to Congress and a broader fight nationwide," Kinzinger said, noting that "this isn't the end of my political future, but the beginning."

He also took the opportunity to commend the 10 Republican House members who voted to impeach former President Donald Trump earlier this year.

"I stand in awe at the courage of the other nine members in the House who voted to impeach a President of their own party knowing it could be detrimental to their political career," said Kinzinger.

"I know I'm not alone. There's many Americans that are desperately searching for a better way. They want solutions, not more problems. They want action, not extremism. They want light, not darkness. And the sooner we do it, the better it will be for the land that we love," Kinzinger added.

"Now is the time for choosing. Now is the time to work together to be part of the solution. Now is the time to join our movement at Country First," he continued. "Together, we can do this. America is a land created by those seeking a better tomorrow. We must embrace this American foundation as we reclaim our country from the dividers, the corrupt, and the cynical. We need this. Our children deserve this."

Country First is a political action committee created by Kinzinger earlier this year that describes itself as an organization that looks to unite Americans in a country that has divided citizens further.

"A home for reasonable people of goodwill, seeking common ground to make our country better for future generations. All are welcome under the Country First banner, so let's do this together," the PAC's website states.