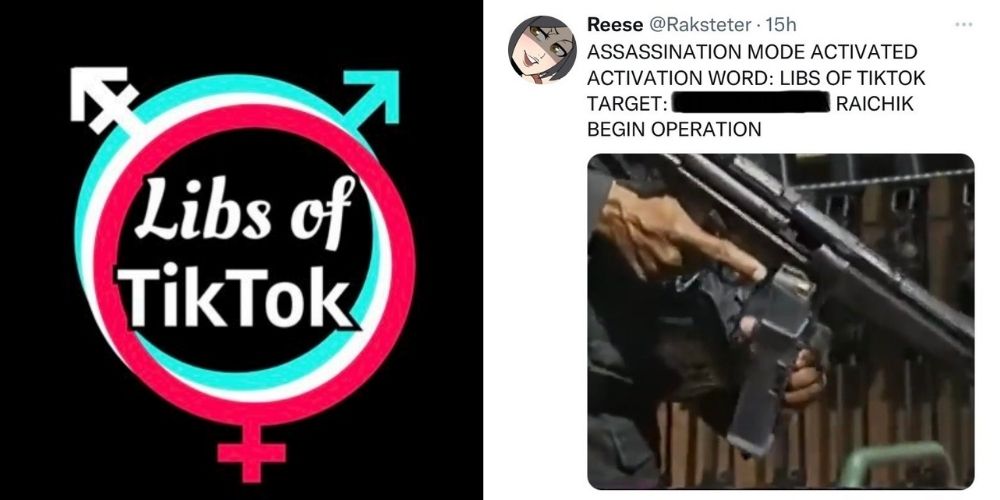 On Thursday, Libs of Tik Tok, an anonymous account that was recently doxxed by the Washington Post, took to Twitter to reveal that a post calling for her assassination was deemed not to violate Twitter’s user guidelines.

The account shared an image of the post, along side the result of having reported the post to Twitter security. Libs of Tik Tok noted that while those like Tucker Carlson, Charlie Kirk, The Babylon Bee, Kellie-Jay Keen, Meghan Murphy, and many others have been suspended for saying that men aren't women, death threats against the recently doxxed account hold was not deemed to be a threat by Twitter.

Included are two screenshots, one of is a tweet from user Raksteter, which states that an "assassination mode" has been "activated" against Libs of Tik Tok. Included in the user’s tweet is a photo of a person holding a rifle.

Libs of Tik Tok included a second photo, this one of a response she received from Twitter Support after reporting the tweet.

Twitter support stated that they reviewed the content, "and didn’t find a violation of our policies, so no action will be taken at this time."

The assassination post follows an article published by the Washington Post on Tuesday by Taylor Lorenz, who has publicly cried over the mean tweets she's received, which had initially included sensitive information regarding Libs of Tik Tok's private work details and address.

That link was later deleted, and the Washington Post released a statement saying that they didn't "publish or link to any details about her personal life."

Libs of Tik Tok is not the only person dealing with the fallout of the piece. Another woman by the same name, Chaya Raichik, wrote on Instagram that she has been harassed, and that her family is terrified, after people began attacking her online, believing she is the same person as the one behind the Twitter account.

One comment on her account stated: "You are what's wrong with this world. You're vile and disgusting. Your children should be taken away from you and put in a safer home. May you rot in hell."

Other comments stated "Nazi scum," "your [sic] so disgusting we will find you evil trump supporter," and "you are f*cking bigoted trash. Your children should be ashamed of you."

Within two days of the Washington Post's piece regarding Libs of Tik Tok, her account has exploded by at least 200,000 followers, fastly approaching the 1 million mark.