"I tried to make light of this ridiculous situation as best as I could, but it's become terrifying for me and my family," Raichik wrote on Instagram. 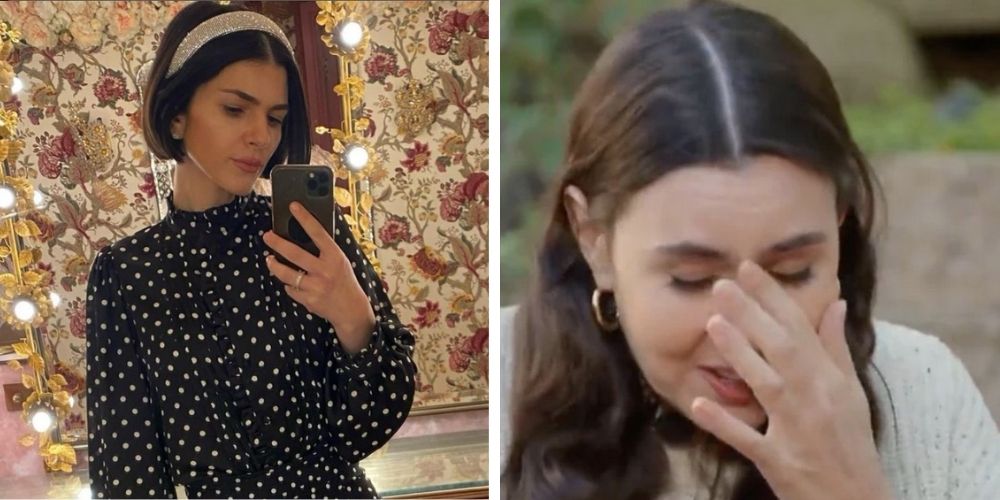 A woman bearing the same name as the woman behind Libs of Tok Tok recently blasted Washington Post reporter Taylor Lorenz in the wake of an exposé that revealed the name of woman behind the account, saying she has received harassment for the name similarity.

Chaya Raichik is a mother of two living in the United Kingdom, and an Instagram influencer. She also bears the same name as the woman behind the Libs of Tik Tok, the Twitter account exposing left-leaning teachers and activists that post videos to TikTok.

In the wake of the Washington Post's story, Raichik said that she has received harassment online, and that people have posted her parent's home address on social media platforms, according to the New York Post.

Taylor Lorenz, who authored the WaPo piece, has cried on TV over receiving mean tweets and online harassment. Now her work has achieved the created the same fate for another woman.

In numerous Instagram stories posted following the release of the article, Raichik insisted that she is not the same woman as the Chaya Raichik behind Libs of Tik Tok.

"I tried to make light of this ridiculous situation as best as I could, but it's become terrifying for me and my family," Raichik wrote on Instagram.

In one post, she included just a few of the messages she has received, including "Nazi scum," "your [sic] so disgusting we will find you evil trump supporter," and "you are f*cking bigoted trash. Your children should be ashamed of you."

Another stated: "You are what's wrong with this world. You're vile and disgusting. Your children should be taken away from you and put in a safer home. May you rot in hell."

Raichik, who is reportedly traveling through Southern California for Passover vacation, blasted Lorenz for initially not clarifying that she was not the same person.

"This is ON YOU!" Raichik wrote, tagging Lorenz. "You need to clarify that this is not me. People are posting and tweeting my parents home address!!!"

She added: "If anything happens to my family it is on you!"

"I don't really travel much so I haven't been to Washington, DC, ever," she said. "I don't have my real estate license, unfortunately, so I'm not a realtor."

"I'm Jewish so my name is quite popular," Raichik added, noting that she does not have a Twitter account.

On Wednesday morning, Lorenz urged her Twitter followers to leave Raichik alone, saying that she is not the same person as the Twitter account holder, and that this has been confirmed.

Lorenz has been accused of doxxing Libs of Tik Tok, with the Washington Post originally including a link to a page revealing her previous professional address.

The Washington Post told the New York Post that it decided to remove the link because "we ultimately deemed it unnecessary."

"Taylor Lorenz is a diligent and accomplished journalist whose reporting methods comport entirely with The Washington Post's professional standards," the Post's senior managing editor Cameron Barr said in a statement.

"Chaya Raichik, in her management of the Libs of TikTok Twitter account and in media interviews, has had significant impact on public discourse and her identity had become public knowledge on social media. We did not publish or link to any details about her personal life," the statement concluded.

However, this was untrue. The original article contained links to personal information and location, though it was later scrubbed from the story.