Twitter users are being suspended for sharing a Joe Biden meme. The image captions Joe Biden with the words "His brain? No. His heart." 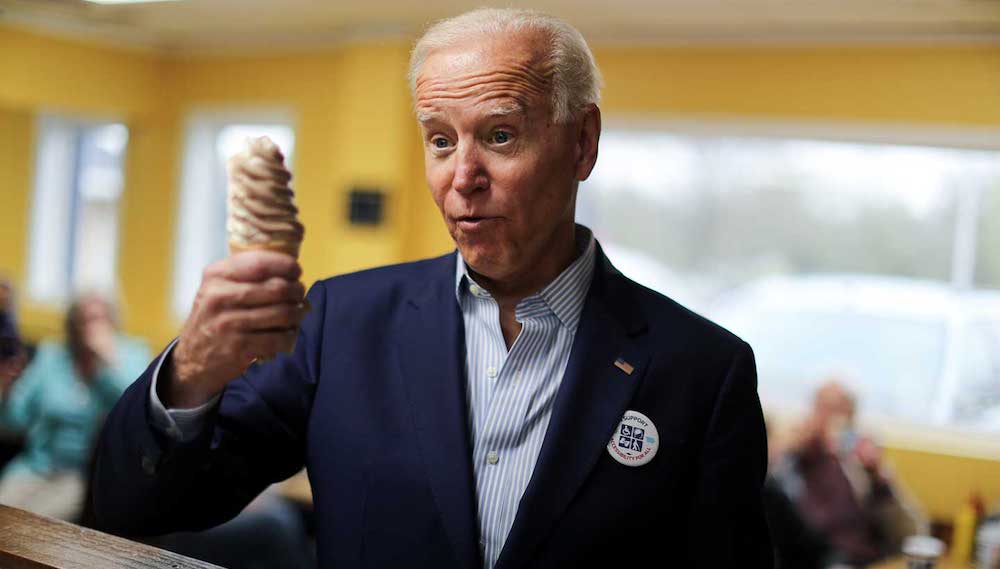 Twitter users are being suspended for sharing a Joe Biden meme. The image in question shows Joe Biden with a big smile, a flare of sunlight on his chest, and the words "His brain? No. His heart."

This is not an actual Biden campaign ad, but it struck a chord with many Twitter users who found the meme hilarious.

The graphic uses Biden's real campaign logo, Biden for President, and the whole thing was a violation of Twitter's rules. The original from a user called KhakiJorts, had over 10,000 retweets and 62,000 likes before it was taken down by Twitter. The caption from that account was “This is a real ad 100% cannot make this up.”

However, Biden's campaign has confirmed that this was not one of their ads.

Many people tweeted it out, and many of those people have had their accounts disabled until they take their tweet down. Mindy Robinson, who is running for a congressional seat in Nevada, had her account blocked for saying "I can't even tell if this is satire or not."

A contributor for The Post Millennial, Anna Slatz, had a similar experience, as did Newsmax journalist John Cardillo, and many others.

The suspension of accounts that are guilty of sharing this meme may meet with current Twitter rules, but it is also a marked dismissal of users' ability to make political statements.