"The views held by the officers and expressed at the rally were contrary to the majority view in Seattle or, for that matter, the views held by Myerberg as the factual decider in this case.” 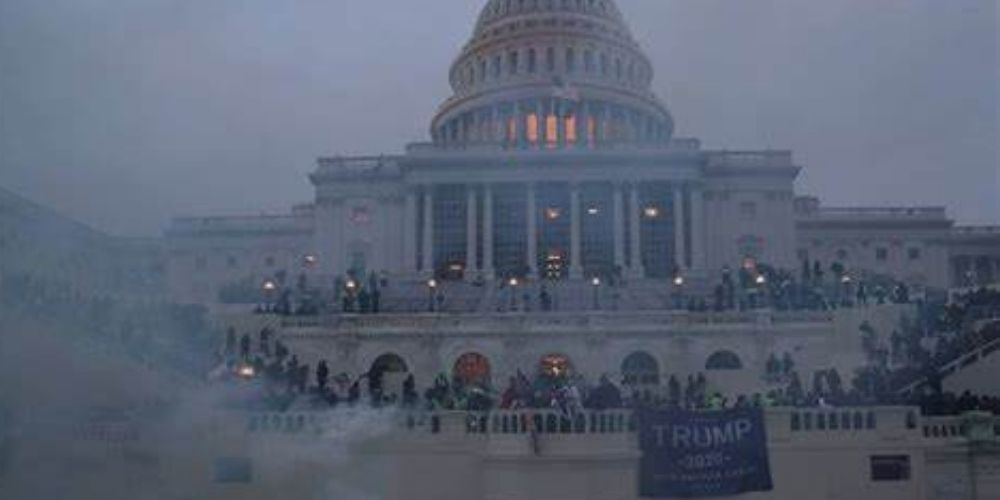 After a six month investigation regarding six Seattle police officers who were in DC during the January 6 riot at the US Capitol, the Seattle Office of Police Accountability (OPA) has recommended that two of the officers be terminated. Three of the officers were exonerated and the OPA was unable to conclusively prove if the final officer was aware they were in a restricted area.

OPA Director Andrew Myerberg concluded that the two officers violated both SPD policy and Washington, DC, law by being in an unauthorized area of the Capitol grounds during the riot, even though they did not enter the building itself. "The FBI in early or mid-June provided us with two still images from a video that show (the two officers) were in immediate vicinity of the Capitol," he said in a report.

However, the report did not provide either the video footage or still images of the officers. According to the report, "OPA requested the full video from the FBI and was informed that it could not be released because the individual who took the video was pending criminal prosecution. OPA contacted the individual's criminal defense attorney to request the video and, as of the date of this DCM, that request remains outstanding."

The press release for the report implied bias against the officers for holding different political beliefs from the OPA and Myerberg in a statement exonerating three of the six officers of wrongdoing.

"Evidence confirmed that three of the officers did not violate SPD policy or engage in illegal activity when they attended the rally. Rather, the officers' attendance was protected by the First Amendment, and they were entitled to assemble and exercise their freedom of expression. OPA Director Myerberg concluded that 'absent any illegal acts, the officers' presence at this rally was absolutely protected by the Constitution.' OPA found this to be the case even if the views held by the officers and expressed at the rally were contrary to the majority view in Seattle or, for that matter, the views held by Myerberg as the factual decider in this case."

It is unclear what information Myerberg or the OPA used in deciding that officers supporting former President Donald Trump during the "Stop The Steal" rally held at the same time as the riot that "the views held by the officers and expressed at the rally were contrary to the majority view in Seattle or, for that matter, the views held by Myerberg as the factual decider in this case."

Myerberg also stated that "Indeed, it is not an exaggeration to say that this case has done more damage to the perception of SPD by the community than any other case in my time at OPA."

Sources inside the SPD previously told The Post Millennial that the investigation was a politically motivated "witch hunt."

In May, a source inside the department revealed that the six Seattle police officers were forced to "turn over phone data, personal documents, and bank statements in relation to the investigation," a demand that is in direct violation of labor laws and guild contracts. The report supported the claim.

According to the report, one officer referred to as "NE #5," refused "to provide any documents resulted in him being named in a new case for insubordination and failure to cooperate with an OPA investigation. SPOG (Seattle Police Officers Guild) later filed a grievance concerning the document request based on their belief that it was unlawful, unconstitutional, and violated the Named Employees' contractual rights. OPA disagrees with SPOG's position and believes the requests to have been lawful."

The OPA also provided the information on the officers to the FBI and the US Capitol Police. According to the report, the two officers were found to have not entered the Capitol building. "The FBI also assessed whether the Named Employees' cell phones provided evidence of them being within the building. On June 15, 2021, the FBI informed OPA that there were negative results for the Named Employees' cell phones."

Both the FBI and the USCP said the focus of their investigations have been persons who breached the building itself, not people who were on the grounds. According to a representative of the USCP who escorted OPA around the Capitol, "The SSA stated that anyone who entered the restricted areas around the Capitol was viewed by the USCP as trespassing on federal property. The SSA specifically identified DC Code 22-3301, which criminalizes unlawful entry, and said that the crime would be prosecuted as a misdemeanor."

The report highlights that many temporary barriers were placed around the Capitol warning that the area was restricted, but does not state if they had been moved by the crowd, as was seen in video of much of the riot by the crowd.

According to the reports, the two SPD officers who were on the grounds "admitted trespassing on January 6. However, both asserted that they did not know that they had done so until after the fact and, thus, that they were not culpable" and that "Both officers said that they saw no sign that they were in a prohibited location."

The two officers "described their actions as peacefully observing the occurrences at the Capitol. Neither reported seeing any illegal or violent activities."

Stills provided by the FBI to the OPA allegedly showed the officers NE#1 and NE#2, "directly next to the side of US Capitol Building."

The report went on to state that, "From the vantage point of the photographs, demonstrators were on the steps of the building, as well as climbing the scaffolding, and numerous demonstrators were surrounding the building. The FBI informed OPA that these photographs were stills from a video. The FBI said that the video showed the individual recording people on the steps of the Capitol Building and scaling the walls. The individual turned to NE#1 and NE#2 and asked: "Well f*ck, doing it?" The individual then turned to again face the building and an unidentified male off camera said: "Thinking about it."

The report itself omits that the riot began 20 minutes before Trump's speech ended and the former President's remarks during his speech that said "…peacefully and patriotically march to the Capitol." Instead, the report implies that the riot began as a result of the speech and repeatedly calls the riot an "insurrection."

According to Myerberg, "They're directly next to the wall of the Capitol Building," he described. "In the photograph there are individuals that are scaling the wall, and scaling the scaffolding, and standing on the steps, and this would have been at the time, around 2:30 p.m. to 2:45, that the insurrection was ongoing in the Capitol."

"That they were direct witnesses to people defiling the seat of American democracy and assaulting fellow law enforcement officers — and did nothing — makes this all the more egregious," Myerberg added.

"They're so close to the Capitol building, and you can see what's going on around them. It kind of vitiates any sort of that intense argument to say, 'well, we didn’t know (we were in a restricted area),'" he described. "You should have known, because in no way shape or form, would it be appropriate for someone to be climbing the walls of the Capitol."

"Both admitted trespassing but asserted that they did not know that they had done so until after the fact and, thus, that they were not culpable. OPA's investigation, and particularly the review of video and interviews of Washington, DC law enforcement personnel, indicates that the accounts provided by these two officers are simply not credible," Myerberg concluded.

"The video showed that there was an active insurrection ongoing at the same time that they were in the immediate vicinity of the Capitol Building. This included rioters assaulting law enforcement officers and making forced entries into the building."

The report stated that the two officers may also face additional OPA inquiries for, in their opinion, not being honest with investigators.

Though the report can give recommendations, final decisions regarding disciplinary action rest with Interim Seattle Police Chief Adrian Diaz. The press release stated, "Any discipline for the two employees who trespassed at the Capitol must be determined by the Chief of Police. However, the Discipline Committee-which includes the officers' chains of command, employment counsel and the OPA Director-recommended that the employment of both officers be terminated. As the officers are entitled to due process, additional proceedings still need to take place before discipline can be imposed."

As part of due process, additional proceedings, including Loudermill hearings, are still required before discipline can be imposed.

Even before these processes have taken place, Seattle City Council President Lorena Gonzalez, who has continuously demonized SPD and voted to defund the department, said the two officers should be fired.

"Their participation in activities intended to undermine the lawful and legitimate results of our electoral system and diminish the integrity of our democracy, is unacceptable," she said in a statement. "Additionally, there should be disciplinary action and accountability for the four other officers who participated in the reprehensible events on January 6."

Gonzalez who is candidate for mayor, allowed and enabled the armed occupation of six block radius in Seattle during the Capitol Hill Autonomous Zone (CHAZ), which posted signs claiming an insurrection and succession from the United States of America.

Diaz has said in the past that any SPD officer who was directly involved in the riot at the Capitol would be terminated. SPD released their own statement that Diaz intends to issue his disciplinary decision within the next 30 days.