"I wanted at least to make sure that my student had parental support and was making an informed decision," he said. "As a parent myself, I would have been furious if my child had taken this step and I hadn’t been told anything." 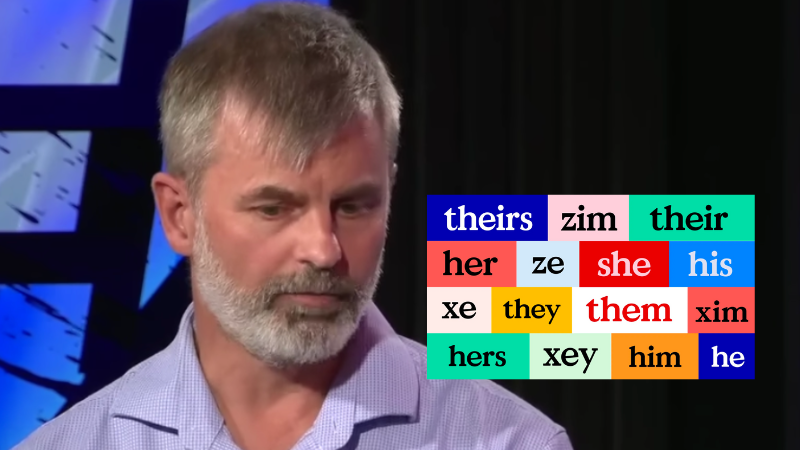 A maths teacher in England has been fired for refusing to refer to a biologically female student by a male name and with male pronouns. Kevin Lister, 59, of Swindon, has taken legal action against his employer after his 18-year unblemished teaching career came to an abrupt end when he was fired for "gross misconduct" because he wanted to obtain parental consent for the child’s name change.

Lister told The Daily Mail on Sunday he was concerned that the "out-of-the-blue" request amounted to social transition, which could put the teen on a pathway to irreversible medical treatments.

"I wanted at least to make sure that my student had parental support and was making an informed decision," he said. "As a parent myself, I would have been furious if my child had taken this step and I hadn’t been told anything." He insisted that it was only with parental notification and consent that he would agree to change a student's name in his class. For upholding parental rights, he was let go.

Lister raised the safeguarding concern with the school, which he felt was the "correct thing to do and a neutral act," but says he was "gobsmacked" when the safeguarding officers responded that the girl’s parents would not be informed about her wish to be identified by a male name and he/him pronouns.

This decision is in line with the school’s "gender reassignment policy" which states: "The status of the individual undergoing transition will not be discussed with any third party without the prior consent of the person who is changing gender," but Lister considers this to be "a gross violation of safeguarding principles."

"My view was that I should not support the student's wish to transition unless I have got clear parental consent and the parents are making an informed decision as well," Lister told GB News. "I knew that with the trans-affirmative policy in the college, for me to use what they call the deadname—her birth name—I would be accused of transphobia, but to then use her new name I would be encouraging the social transition without parental consent."

So he avoided names and pronouns altogether, and tried to be "as gentle and supportive" as he could in the "nearly impossible circumstances" he found himself in.

Teachers in the US, Canada, and many other countries around the world are put in this same impossible position by confidentiality policies requiring them to keep a child’s self-declared transgender identity a secret from parents.

In the interim report of the Cass Review, an independent review of England's pediatric gender service, Dr Hilary Cass stated that it is important to acknowledge that social transition is "not a neutral act" but rather "an active intervention [that] may have significant effects on the child or young person in terms of their psychological functioning."

Several studies have shown that the act of socially transitioning a child significantly increases the chance that the child will progress to medical transition in the form of puberty blockers and cross-sex hormones.
ADVERTISEMENT
ADVERTISEMENT
pronoun teacher