Universities were not supposed to be gigantic businesses, with trendy fads, corporate speak and bloated bureaucracy. Instead of bailouts, it's time to cut the fat. 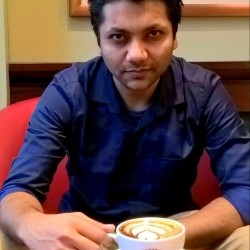 The higher-education sector will need a bailout, Universities UK recently lamented. Academics are not always in favour of bailouts. Just recently, there were open-letter campaigns in Canada, against bailing out oil and gas industry. But, the most profitable sector of the British economy apparently cannot survive without a taxpayer-funded push, and only a bailout “will help to protect the student interest, to maintain research capacity, to prevent institutions failing and maintain the capacity to play a central role in the recovery of the economy and communities following the crisis.”

If the University administrations were genuinely worried about saving their research potential and offset losses, then they would know how to prioritise, and cut their coat according to their cloth. To start with, the Chancellors and VCs, academics and administrations would take pay cuts. When the entire country is heading towards a recession, that might seem to be the prudential first course of action.

In two-thirds of British Universities, there are more administrators than faculties, which mirrors similar growth patterns in the US, where university administrators grew a whopping 221 percent, compared to 10 percent growth in faculty. Needless to mention, much of the costs are non-essential and should be trimmed in rougher times. An average Equality and Diversity officer, for example, earns around 70K annually. Some earn far, far more.

Stellar research projects like Fat Studies, with a seminar on "experiencing and celebrating fatness," are organised at a Department of Geography. There are academic posts and teaching modules dedicated to Queer International Relations. Smaller departments, which are mostly ideological and activists disciplines, can be merged with bigger and more academically rigorous departments. If STEM research is to be prioritised, then paid research studentships for subjects which have minimal real-world relevance needs to be channelized towards more essential research.

I asked Dr. Jenna Robinson, of the Martin Center for Academic Renewal, on what non-essential services/fields/posts, can and should get the boot. Everything from athletics, to staff, to programs, to even infrastructure came up.

“Cut staffing levels back to where they were in 2000 (on a per-student basis). Special attention should be paid to 'student services' professionals that have no real connection to academic success. Immediately freeze salaries for all staff members earning more than $100k per year. Consider further freezes if necessary. Third, low-productivity programs that don't produce at least 10 graduates per year should be eliminated. Most university facilities are already woefully underused. No new building projects are necessary.”

That’s not all, adjustments in the staff allotment can cut budgets, with academics who do not bring research grants, to be given all the teaching burden.

Harvard University is getting nine million dollars in aid, from the Federal Government. Harvard’s current endowment is the largest in the world, which stands around 40 billion dollars, bigger than the annual GDP of most African and Asian countries. That’s nine million wasted, which should have been pumped in making masks or other medical equipment. An average home test kit for coronavirus is estimated to be about £6/$8. Taxpayers have a right to question, why should their government not provide funds for these, instead of humanities, arts and other such subjects which were never meant for mass production.

An engineering or polytechnic diploma that teaches to construct ventilators will always have social value. A critical theory influenced creative writing bachelor’s degree? Not so much. We’d never mass produce seven thousand Lord Byrons every year from Universities, so why waste funds on that nonsense?

Most jobs do not require a university degree, and the associated accrued student debts. A great number of meaningless degrees and university graduates, likewise, only clog up the workforce.

“Students and parents who are feeling an economic crunch should seriously consider community colleges. They are extremely affordable and allow students to live at home,” Robinson added. “At a time when there's significant uncertainty about whether universities will reopen dorms or move fall classes online, it doesn't make sense to commit to a large expenditure.”

Universities were not supposed to be gigantic businesses, with trendy fads, corporate speak and bloated bureaucracy. And yet, they turned into just that. Unfortunately, in extremis, laws of demand and supply must apply to any business. And to save the rump, one will have to cut the fat. Never let a crisis go to waste, as the former arch-leftist mayor of Chicago Rahm Emmanuel once opined. In a spirit of comity and bipartisanship, Anglosphere conservatives should adopt that Hobbesian wisdom, and decline to provide any taxpayer-funded bailout to a failed sector, and instead push for structural reforms within.?