In an attempt to address the mental health consequences of being constantly warned that the planet is on its last leg, there has been a push from within colleges and universities to provide climate change counseling services to students. 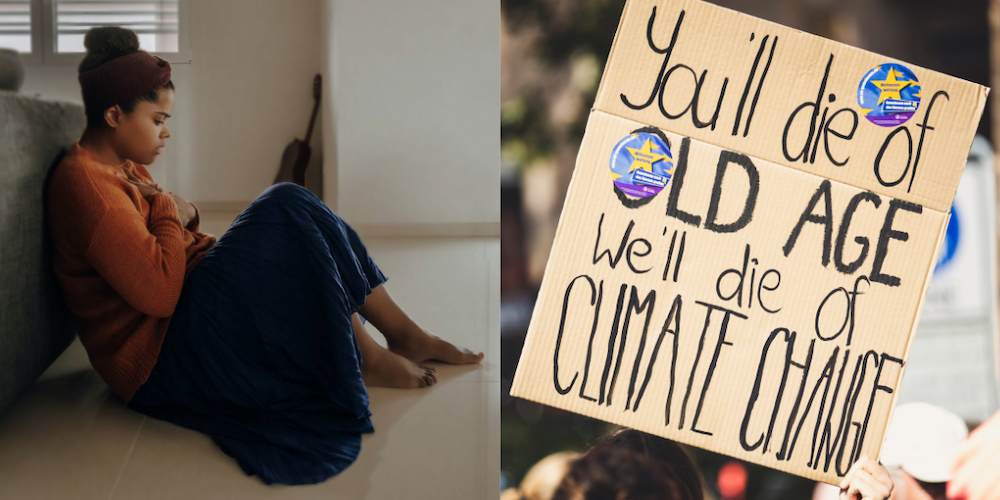 Jarryd Jaeger Vancouver, BC
Sep 14, 2022 minute read
ADVERTISEMENT
ADVERTISEMENT
In recent years, more and more young people have reported feeling anxious or depressed as a result of the dire warnings about climate change that are presented to them everywhere they look. Perhaps nowhere is this more prevalent than in institutions of higher learning.

In an attempt to address the mental health consequences of being constantly warned that the planet is on its last leg, there has been a push from within colleges and universities to provide climate change counseling services to students.

In 2020, members of the University of British Columbia’s Sustainability Initiative released a report detailing the relationship between climate change and mental health, offering a "systemic approach to action in post-secondary education."

"Direct and indirect stressors from climate change," they wrote, "as well as the overarching psychological and psychosocial challenges associated with acknowledging the magnitude of the crisis, lead to mental distress and disrupt mental health and wellbeing. Addressing the challenges that the climate crisis poses to mental health, and finding ways to live with and adapt to the overarching psychological and psychosocial weight of the crisis is needed to build healthy and resilient individuals and communities."

The report recommended that existing counselors be trained to discuss climate change, and that more direct lines of communication be opened between them and climate change activist groups on campus.

According to the Washington Post, south of the border many educators and mental health professionals’ recommendations are similar to those set forth in the UBC report.

At the University of Michigan, a pilot program has been set up creating a therapy group that will meet for one hour every week for just over three months to see how receiving emotional support can help students overcome their anxiety.

Assistant director of the University of Oregon’s Office of Sustainability, Sarah Stoeckl, argued that without such services available to students, they will feel "paralyzed in … uncomfortable emotions."

Of the counselors who have chosen to integrate knowledge of climate change into their skillset, some have argued that "eco-anxiety" is unlike other mental health challenges in that in this case, "the psychological part is really meant to go hand in hand with climate action."

According to research from The Lancet, 84 percent of children and young adults around the world are "at least moderately worried" about climate change, while over half said they are "very or extremely worried."