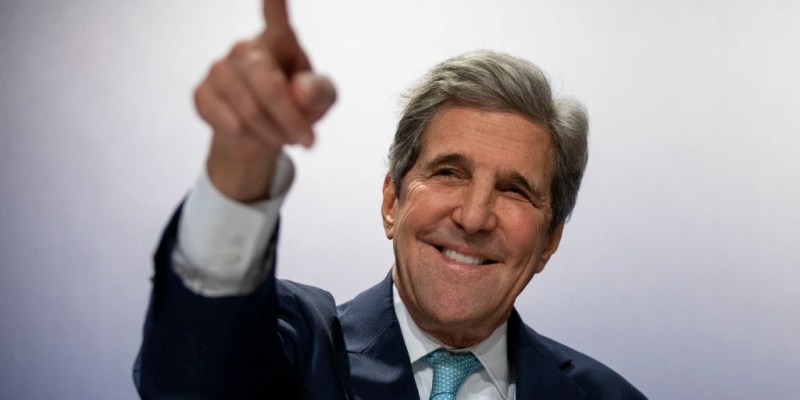 "The challenge for all of us now is that no one country can solve this problem by itself," Kerry said.  "We all have to be able to reduce the emissions, we have to accelerate the transition,"

"We're behind," he continued. "We're not yet fulfilling the promises that we made in Glasgow, so we have our work cut out for us."

"As we move forward, we need to know that when you put a solar panel or a wind turbine up, it’s not the same as a thermal resource," John Bear, the CEO of MISO told the press in May.

Critics have also said wind turbines are not as environmentally friendly as some climate change activists claim, citing the blades mostly heading to landfills.

And, solar panels require 300+ times as much land as conventional energy sources, said Michael Schellenberger, bestselling author of "Apocalypse Never" and "Hero of the Environment."

"Now the Los Angeles Times has discovered that they could 'contaminate groundwater with toxic heavy metals such as lead, selenium and cadmium,'" he wrote on Twitter.

"Well, the International Energy Agency tells us that, in order to meet the goals by 2030 of the 45 to 50 percent reduction [in emissions], we have to be deploying renewables five times faster."