Biden Climate Change Advisor Gina McCarthy said that energy workers would be provided with a "different education" under the administration's climate change policy. 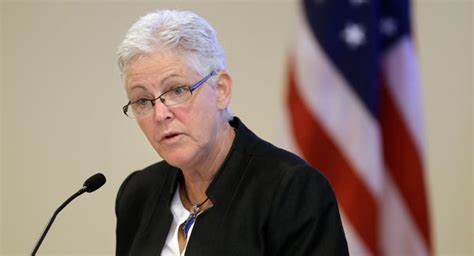 Biden Climate Change Advisor Gina McCarthy said that energy workers would be provided with a "different education" under the administration's climate change policy.

During the segment discussing what should be done for coal miners who are losing their jobs because of President Biden's climate change agenda McCarthy said that those workers would be provided with "opportunities for different education" to seek new jobs in new industries.

McCarthy's statements come just as Rep. Alexandria Ocasio-Cortez (D-NY) and Sen. Ed Markey (D- MA) have re-introduced a resolution in support of the Green New Deal and have called on the Biden administration to go "bolder" with their climate change agenda.

The Green New Deal if implemented would shut down most of the American energy industry that currently exists and cost millions of jobs according to Sen. Ted Cruz (R-TX). The Green New Deal also calls for the end of air travel, meat, and 99% of cars.

McCarthy has also been criticized for her radicalism when it comes her agenda. McCarthy has previously made statements connecting climate change to "racial justice" and claimed that Biden as a candidate did not go far enough on climate.

McCarthy's comments sound very similar to "learn to code", a comment that has been deemed offensive after it was directed at workers who may lose their jobs as the oil and gas industry is constricted by legislation.

McCarthy has been a staunch defender of the Environmental Protection Agency, an institution she lead during President Obama's second term. She defended the agency after the Flint water crisis which McCarthy said the EPA did nothing wrong.

There have been no details provided about the mentioned funding or education that McCarthy eluded to in the CNN segment.