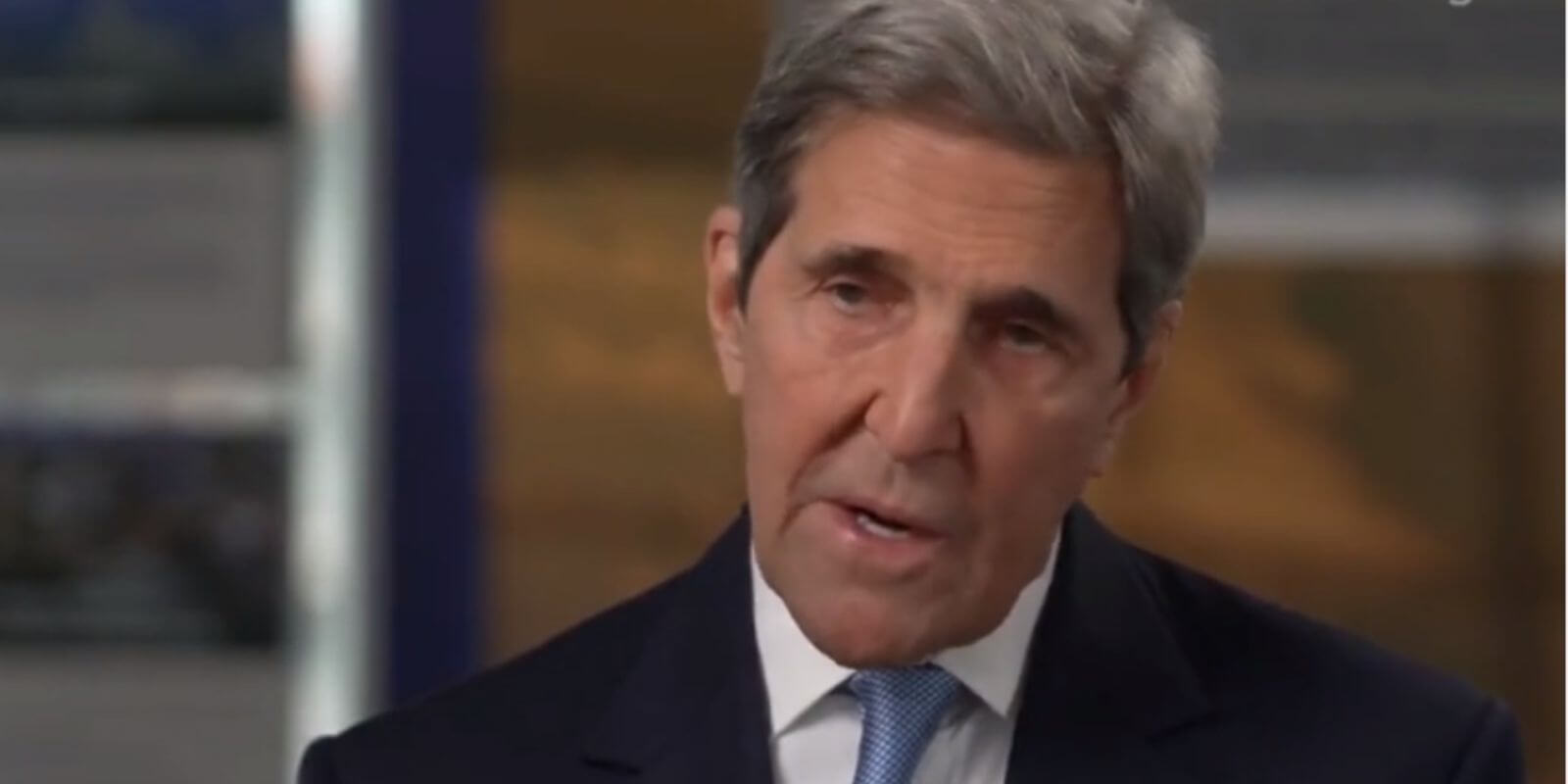 "So, right now, the solar [and] wind build-out projections are not where we like to see them," Bloomberg's Janet Wu told Kerry during the interview.

"How can we get them there?" she continued to ask Kerry. "The projections for the build-outs for solar and wind..." Wu went on before Kerry jumped in.

Kerry replied during the conversation: "Well, the International Energy Agency tells us that, in order to meet the goals by 2030 of the 45 to 50 percent reduction [in emissions], we have to be deploying renewables five times faster."

Last year, Kerry was pressed on how the US could justify working with China on climate change in light of its egregious acts against the Uyghur people. Biden's "climate czar" said that the administration's lack of focus on the Uyghur genocide is one of life's many "tough choices." On China's Uyghur genocide, Kerry said, "Well, life is always full of tough choices in the relationship between nations."

Critics have claimed that wind turbines are not as environmentally friendly as some climate change activists claim, citing the blades mostly heading to landfills.