The photo shows two categories in this students are separated into statistically: "Students of Color minus Asian," and "White or Asian Students." 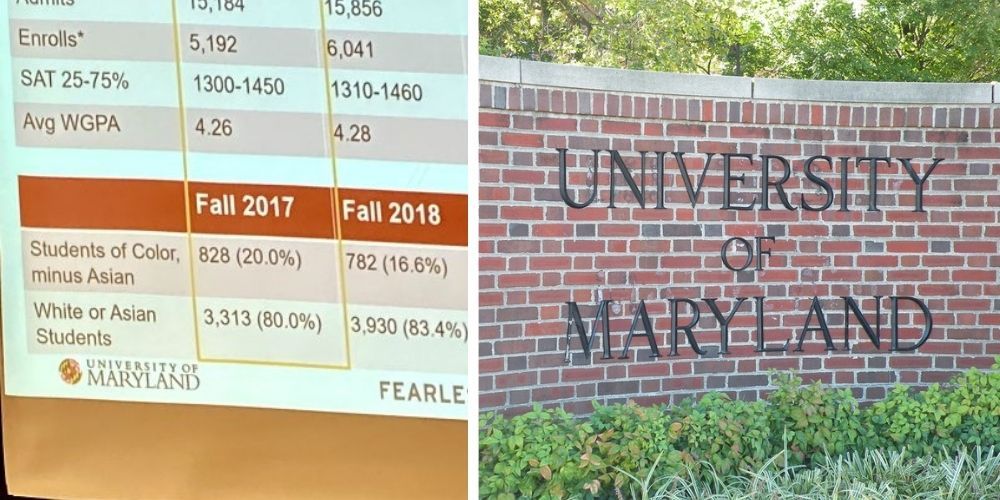 A photo has emerged on social media depicting statistics on new freshman admissions and enrollment at University of Maryland over the last four years, showing how they separate they students into racial categories.

The photo shows two categories in this students are separated into statistically: "Students of Color minus Asian," and "White or Asian Students."

The photo of the University of Maryland was obtained by journalist Christopher Rufo, who wrote on Twitter: "We're at the point in the discourse when colleges have created the highly scientific and totally legitimate racial category of "Students of Color, minus Asian."

According to the National Center for Education Statistics, students who identify as Asian on average enroll in college more than their 18 to 24-years-old counterparts in college. In 2020, 59 percent of Asians 18 to 24 enrolled in college.

A number of lawsuits have been filed against universities in the US by Students for Fair Admissions, a group founded by anti-affirmative action activist Edward Blum, accusing three universities of racially and ethnically discriminating against both Asian and white students during the admission process.