"If we are to become a more diverse, equitable and inclusive University, we must continue our journey and renew our commitment to this work, which includes the advancement of anti-racism, anti-ableism, anti-Semitism..." the email reads. 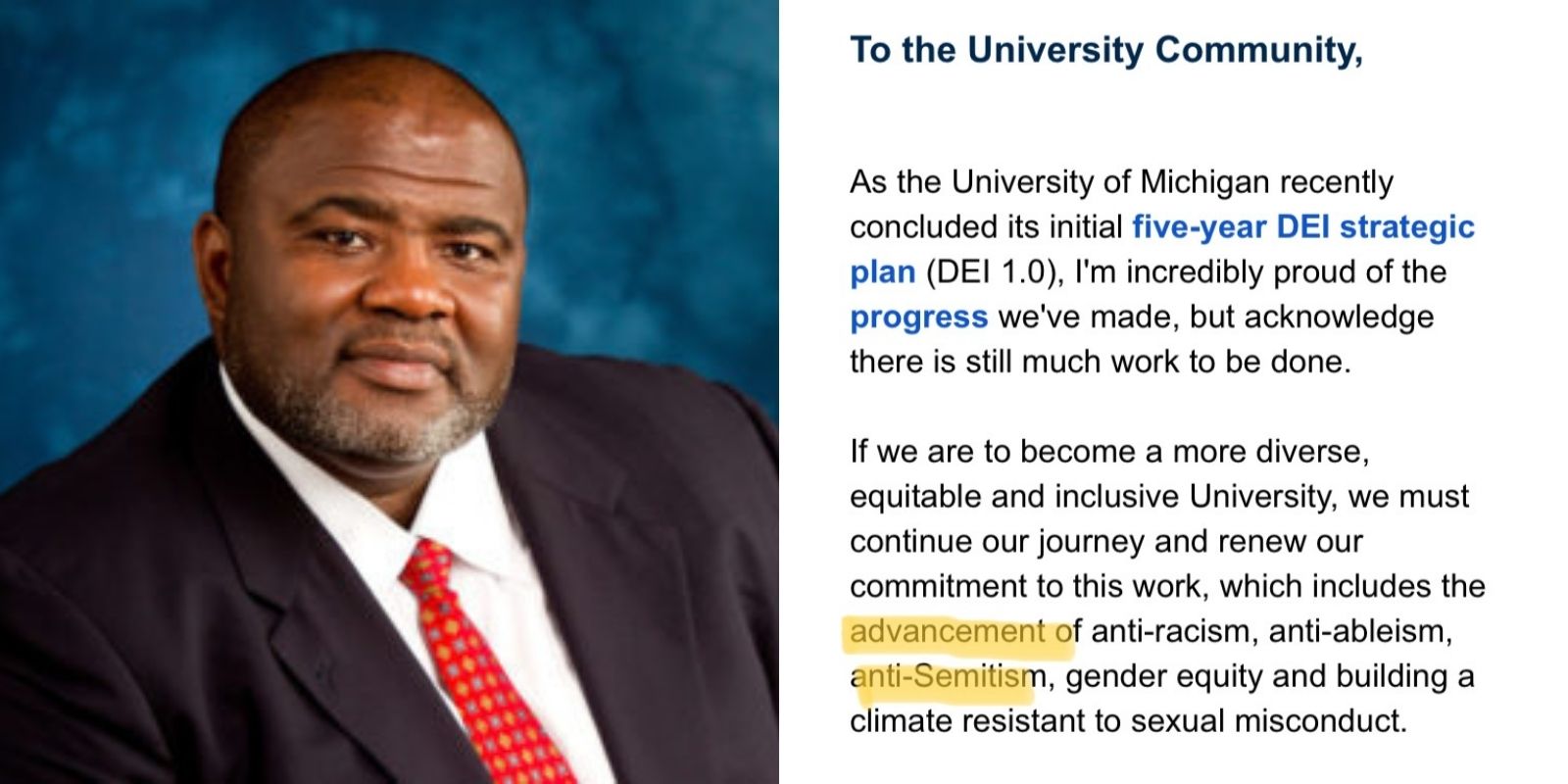 University of Michigan's chief diversity officer Robert Sellers, vice provost for Equity and Inclusion, mistakenly sent out a campus-wide email with a list of goals for the educational institution's culture in the coming years, including that the university is committing itself to the "advancement" of antisemitism.

The email, which was sent out to the entire student body, laid out that the University of Michigan would "continue our journey and renew our commitment to this work, which includes the advancement of anti-racism, anti-ableism, anti-Semitism, gender equity and building a climate resistant to sexual misconduct."

The message outlined the objectives as part of a plan for the University of Michigan to become "a more diverse, equitable and inclusive University," according to the email correspondence reviewed by the Daily Caller.

The contents of the mass email quickly circulated around social media earlier in the week, leading to many raised eyebrows at the apparent mistake.

University spokesperson Rick Fitzgerald reached out to Jewish publications, such as the Jewish Telegraphic Agency, apologizing for the mishap, in which he called the usage of the phrasing "clearly an error." Fitzgerald did not respond to JTA's questions about the internal review and editing process for campus-wide emails.

A follow-up email, including a correction and apology, was sent out shortly afterwards from Sellers. "The University of Michigan remains vigilant and actively engaged in dismantling anti-Semitism through our new and ongoing commitments to our DEI work," Sellers wrote. "On a personal level, I would like to apologize to all members of our community for this error and for the harm it has caused."

Sellers has served in the leadership role at the University of Michigan since 2016 and had originally made plans to step down from his current position by the end of 2021. Sellers has since extended his stay until August, citing a need for the university to spend more time finding a suitable substitute to fill the vacancy.