Before the White Rock Lake wildfire, BC gave 64 evacuation orders that affected around 4,300 properties. 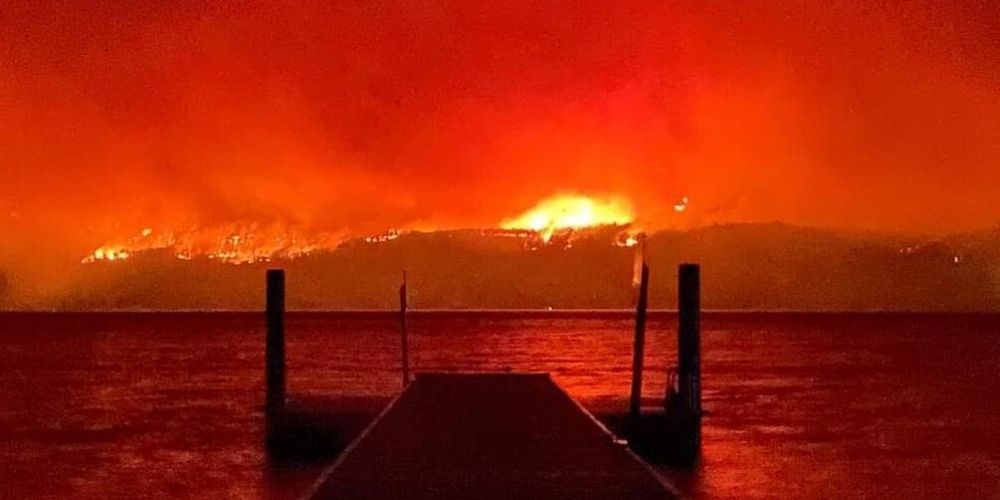 The White Rock Lake wildfire in BC continues to grow in size, with the BC Wildfire Service (BCWS)now estimating it at 55,000 hectares in size. Strong gusting winds and a lack of rain in the B.C Interior mean that crews are battling an active and vigorous crown fire causing extreme fire behaviour.

"This continues to be an incredibly volatile situation displaying extremely vigorous surface and active crown fire with spotting upwards of one kilometre ahead of the main fire front," said the BCWS late Friday night.

The blazing fire prompted mandatory evacuation orders for about 1000 properties in and around the Central Okanagan Valley, affecting properties in the Valley of the Sun; Upper Fintry; Shalal Road; Fintry Delta; Fintry Provincial Park; and La Casa Lakeside Resort.

Earlier evacuation orders for the city of Vernon were temporarily eased as cooler weather provided some relief to embattled fire crews.

Statistics from Emergency Management BC indicated 64 evacuation orders by the BC government, which affected around 4,300 properties. Residents of some 21,000 other properties also received a warning to be ready to leave on short notice.

The BCWS said that personnel must contend with two dozen new fires over the past 48 hours, adding to the almost 270 active fires across the province.

"This change in weather, including the rain, has helped the situation improve. But residents are asked to exercise caution and be prepared in the event of an evacuation order," said city officials in a public statement.

"Staff and volunteers are working as hard as they can to provide services and support to those who have been displaced," said the city.

The fire that devastated Lytton BC incurred $78 million in primarily property damage.