"We’re fighting to keep the communications open with our Chinese colleagues, so that we can better address future pandemics like COVID-19." 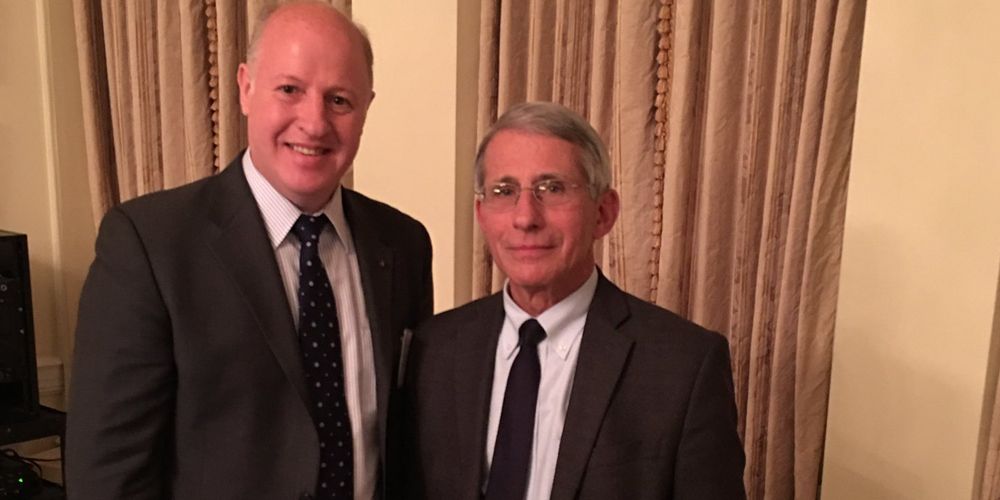 A newly unredacted exchange between Dr. Anthony Fauci and Peter Daszak of EcoHealth alliance indicate that Fauci had more immediate knowledge of the lab leak theory, as well as the pushback in the public domain.

The unredacted segment shows Daszak discussing the importance of working with the Chinese and how lab leak theory jeopardizes that. Something that Fauci acknowledged in his response.

Back on Thursday the Informed Consent Action Network (ICAN) announced they’ve acquired a key item from their lawsuit against the NIH in court. After suing for emails, they initially got a batch that had redactions to it.

It was something that only until recently they were able to remedy.

At play here is an April 18th, 2020 email from Peter Daszak of the EcoHealth Alliance to Dr. Anthony Fauci of the NIH. At the time it was becoming publicly known that there was a pipeline where the NIH gave money to EcoHealth Alliance, who in turn supported the research at the Wuhan Institute of Virology of "SARS-like viruses."

"It’s been a very hard few months as these conspiracy theorists have gradually become politicized and hardened in their stance. Especially because the work we’ve been doing in collaboration with Chinese virologists has given us incredible insight into the risks that these viruses represent, so that we can directly help protect our nation from bat-origin coronaviruses. We’re fighting to keep the communications open with our Chinese colleagues, so that we can better address future pandemics like COVID-19."

The next day, Fauci responded with "many thanks for your kind note."

Dr. Anthony Fauci was criticized earlier this year for flip-flopping in the public domain as to where the pandemic virus came from.

Back in July of this year Anthony Fauci publicly denied to Rand Paul when questioned under oath that the NIH funded Wuhan’s gain-of-function research.

This newly unredacted portion of this April 2020 email shows that Anthony Fauci was directly aware of both Peter Daszak and EcoHealth, in addition to their work with the Chinese scientists pertinent to the matter of the pandemic’s origin.

What Daszak is referring to in his unredacted remarks is what’s discussed in great detail by Vanity Fair. Specifically the fact that Peer Daszak organized a February 2020 letter in the Lancet magazine that rejected the notion that COVID leaking from a lab in China would have happened at all. That it was just a conspiracy theory.

But fast forward to August 2021, and a Congressional report states that SARS-CoV-2 was "accidentally released" from the Wuhan Institute of Virology.

At the start of the summer the Lancet’s COVID-19 commission recused Peter Daszak on their exploration into the origins of the pandemic.

The World Health Organization also faced obstacles in their probe (that Peter Daszak himself was also involved in). Peter Ben Embarek told a Danish documentary crew that the initial WHO-China joint effort had the Chinese side adamant in rejecting lab-leak theory.

"In the beginning, they didn’t want anything about the lab [in the report], because it was impossible, so there was no need to waste time on that. We insisted on including it, because it was part of the whole issue about where the virus originated," he said to interviewers.

Last month WHO Director-General Tedros Adhanom Ghebreyesus admitted that the joint report had "unintended errors" and the Chinese government is reluctant to hand over raw data.

The recent announcement of a new World Health Organization team investigating COVID’s origins was labeled by China as a political stunt.