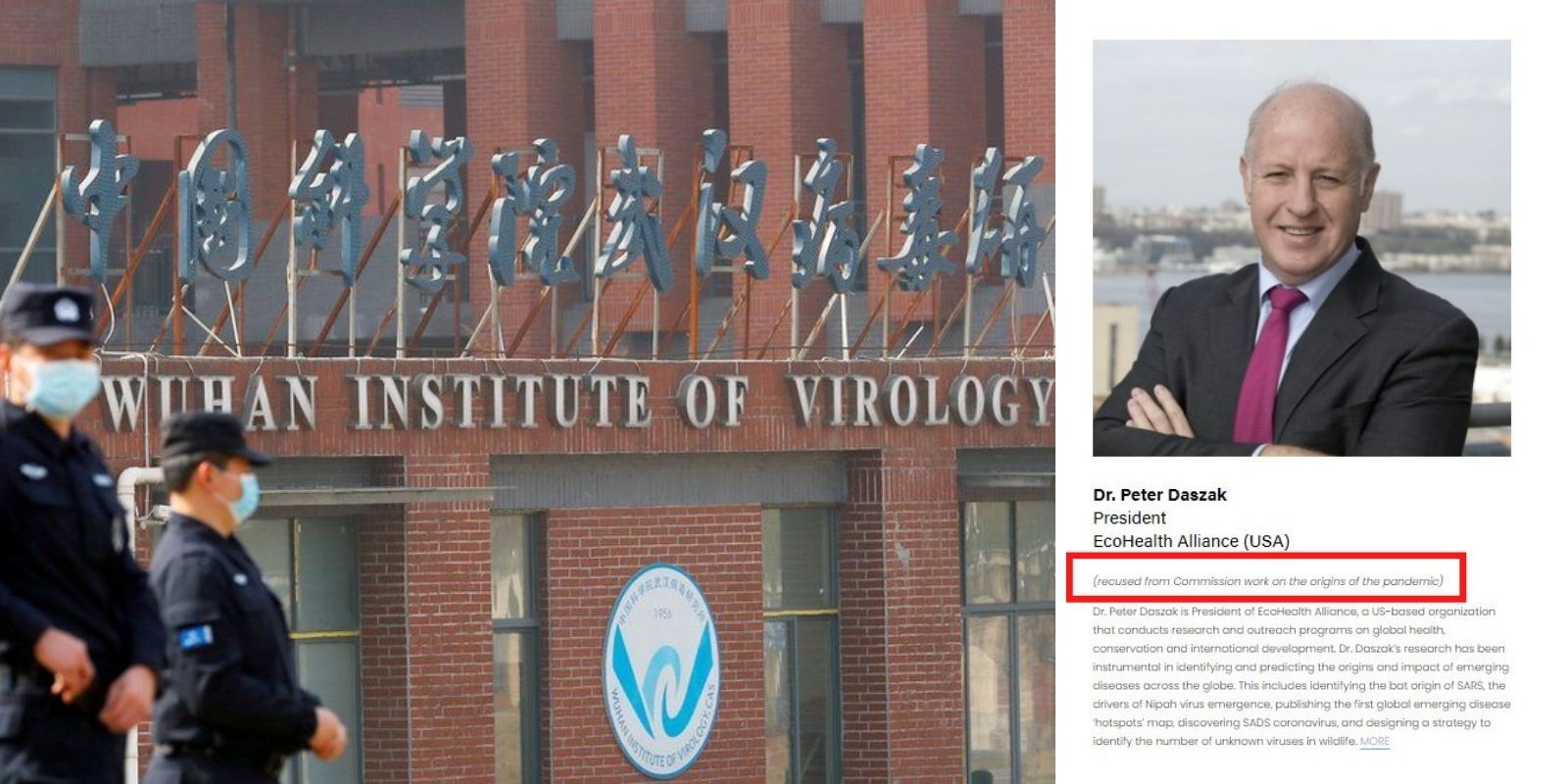 EcoHealth Alliance president Dr. Peter Daszak has been removed from medical journal The Lancet's COVID-19 Commission following numerous exposés by The National Pulse surrounding the scientist's work with the Chinese Communist Party. The webpage for the Lancet's commission now reads, "recused from Commission work on the origins of the pandemic," under Daszak's entry.

The Lancet's COVID-19 Commission is self-described as "an interdisciplinary initiative encompassing the health sciences, business, finance, and public policy."

Daszak, an ally confidant of Dr. Anthony Fauci, has led conferences sponsored by Chinese Communist Party-run scientific organizations, co-authored over 20 studies funded by the Chinese government, and participated in conferences conducted by state-run media outlets. Daszak claimed that others "misunderstand the Chinese government" while defending the CCP's handling of COVID-19.

The National Pulse's investigative team spotlighted in February how Daszak had collaborated with lead coronavirus researcher at the Wuhan Institute of Virology, now located at the epicenter of the coronavirus outbreak, for almost two decades. The National Pulse also unearthed Daszak's detailed descriptions of the research he conducted alongside his "colleagues in China," including "bat lady" Shi Zhengli, where he admits to manipulating bat coronaviruses into "killer viruses."

The collaborative research was funded in part by the National Institute of Allergy and Infectious Disease (NIAID) led by Fauci, The National Pulse reported.

It was also revealed that Daszak thanked Fauci for discrediting the Wuhan lab leak theory by helping to "dispel the myths" around COVID-19's origins. Daszak also "bullied" 26 other scientists into signing a letter denouncing the coronavirus lab leak theory, which he had written at the beginning of the pandemic last year.

Jamie Metzl, a World Health Organization's advisory committee on human genome editing member and a former Bill Clinton administration staffer, lambasted Daszak's letter. "The Lancet letter was scientific propaganda and a form of thuggery and intimidation," said Metzl. "By labelling anyone with different views a conspiracy theorist," the letter was "the worst form of bullying in full contravention of the scientific method," Metzl continued.