US border patrol agents are becoming increasingly frustrated with the whiplash reversal of border policies the Biden Administration has enacted, with some agents going as far as considering an early retirement from the agency. 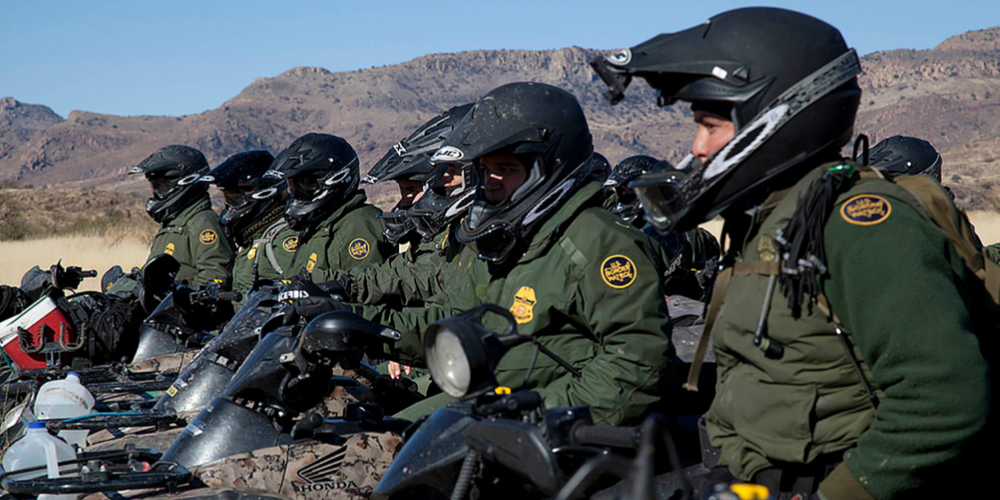 US border patrol agents are becoming increasingly frustrated with the whiplash reversal of border policies the Biden Administration has enacted, with some agents going as far as considering an early retirement from the agency, Reuters reports.

A dozen former and current US border patrol agents were interviewed by Reuters voiced frustrations with everything from Biden's reversal of the Trump Administration's harsher stance on illegal immigration, to Biden's top pick to lead the US Customs and Border Protection agency, Tucson Police Chief Chris Magnus.

One memo from the acting Border Patrol chief last month echoed some of these frustrations by voicing his objection to Biden's new requirements on language surrounding immigrants. He said that the removal of the term "alien" would hurt agents' morale.

President of the National Border Patrol Council Brandon Judd spoke out against Biden's policies and the subsequent crisis at the border at a Capitol Hill news conference Wednesday. The labor union council represents three-quarters of the border patrol agents.

"I can confidently say that President Biden owns this crisis," Judd said, referring to the spike in southern border immigration since Biden took office. "It is his fault."

Although the agency frequently sees policy changes from one administration to another and has to quickly pivot its approach to apprehending migrants at the border, with some saying they're used to it, a number of agents noted that the shift in policy has never been this dramatic.

One agent told Reuters on a condition s of anonymity that "there are always going to be changes" between presidential administrations and that agents are "used to it."

According to Reuters, half of those they interviewed were considering an early retirement in the face of the border crisis. Voluntary retirements are set to outpace last year's numbers if continued at the current pace.

One of those considering retirement is Rosemarie Pepperdine, who works as an agent in Casa Grande, Arizona.

"We have so many people coming across, and then we’re out there killing ourselves to catch them, rescue them or whatever it is, and then they’re being released," she said. "Why even bother?"

One former agent that retired in March by the name of Gil Maza sells unofficial coins that turns the US Border Patrol logo into  "US Welcome Patrol." So far he's sold 78 of those coins.

"It sheds a little humor on the situation,” he said. "And it’s something that helps us, I guess, mentally and emotionally cope with the situation because especially right now, the situation is pretty dire out there."

Opposition of Biden's top pick for leader of the CBP stems from a 2017 incident in which an immigrant from Honduras escaped the hospital in Tucson while a border patrol agent was allegedly looking at his phone.

The police department, under Magnus' control, conducted a manhunt in the area using search teams and helicopters. The hunt was called off after it was determined that the migrant left the area.

The border patrol wanted to set up in the police station to aid in the search but requests to do so were denied. According to Tucson assistant police chief Kevin Hall, he felt it unnecessary for the border patrol to do so as they have their own facilities, and that police wanted to avoid attracting pro-immigrant protestors to the station.

Outraged over the comment, border patrol unions said that Magnus' police department "put politics over rule of law and oath of office."

Judd told Reuters that Magnus “refused to work with the agency that he’s going to be overseeing. That alone, in my opinion, should be disqualification.”

In April, the US border patrol encountered around 173,000 people crossing the border, with the largest percentage of that being single adults. This is the highest monthly number in over 20 years.