BREAKING: 'Defund the police' Democrat Member of Congress carjacked and robbed in Philadelphia 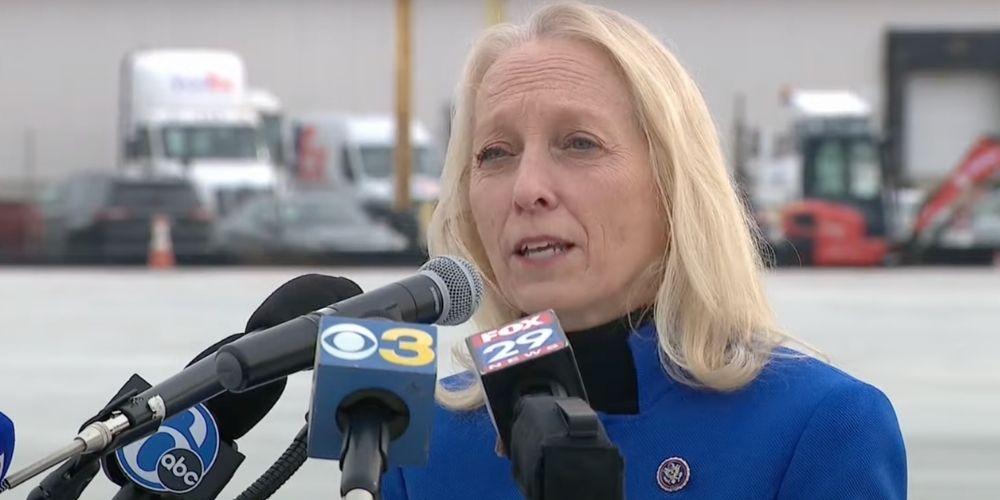 On Wednesday afternoon, US Rep. Mary Gay Scanlon, who represents Pennsylvania's 5th district, was carjacked and robbed at gunpoint in South Philadelphia in broad daylight.

Scanlon, alongside other elected officials, had met to discuss concerns regarding development plans for FDR Park. She reportedly was accompanied by another member of her staff, but the two drove separately, Lauren Cox, spokesperson for Scanlon told The Philadelphia Inquirer.

Scanlon walked back to her car alone on the 1900 block of Pattison Avenue when she was approached by two armed men at around 2:45 pm. Cox said that the two men demanded she hand her car keys and personal belongings over.

According to The Inquirer: "Scanlon handed over her belongings — including personal cell phone, federal government cell phone and personal ID — and the two men drove away in her 2017 Acura MDX."

"She's physically OK, but her vehicle and possessions are gone," Cox told The Inquirer.

Per the bill's text, it was meant "To authorize the Secretary of Health and Human Services to award grants to States and political subdivisions of States to hire, employ, train, and dispatch mental health professionals to respond in lieu of law enforcement officers in emergencies involving one or more persons with a mental illness or an intellectual or developmental disability, and for other purposes."

The bill was introduced in February 2021, and Scanlon was one of the original sponsors. In a statement, sponsors of the bill said "We should be connecting people in crisis to care, not tossing them in jail. Mental illness is not a crime, and we have to stop treating it like one. Most police officers are not trained to care for individuals experiencing mental health crises, which too often tragically leads to unnecessary violence," according to Fox News.

"[Scanlon] thanks the Philadelphia Police Department for their swift response, and appreciates the efforts of both the Sergeant at Arms in DC and her local police department for coordinating with Philly PD to ensure her continued safety," she continued.

Chief Inspector Frank Vanore of the Philadelphia Police Department said the suspects were last seen Scanlon's car toward I-95 southbound.

The FBI is reportedly assisting in the investigation, which is in its early stages, Vanore said.

Following the incident, Scanlon thanked the "Philadelphia Police Department for their swift response, and appreciates the efforts of both the Sergeant at Arms in DC and her local police department for coordinating with Philly PD to ensure her continued safety."

Mayor Jim Kenney said he was "appalled" to learn of the crime against Scanlon.

"Everyone deserves to feel safe in our city, and sadly, as we know, that hasn't always been the case this year," Kenney said. "It's disheartening, and quite frankly infuriating, that criminals feel emboldened to commit such a reckless crime in the middle of the day in what should be a place of tranquility and peace—one of Philadelphia's beautiful parks."