A north Kentucky teenager involved in a lawsuit against the state’s health department over vaccinations has contracted chickenpox. 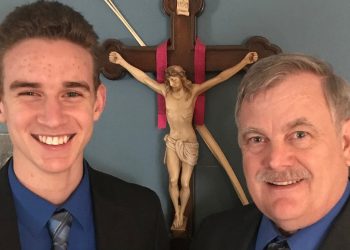 A north Kentucky teenager involved in a lawsuit against the state’s health department over vaccinations has contracted chickenpox.

The Our Lady of the Assumption Church school teen who has refused to be vaccinated for the disease citing his religious rights was forced to not partake in school activities after the school experienced a chickenpox outbreak.

His lawyer Christopher Wiest said that the 18-year old Jerome Kunkel was diagnosed with the disease a week ago.

His legal argument was that the vaccine was not necessary because immunity to the disease is built after being first exposed to it.

“While the tactic Wiest suggests may provide an individual with future  immunity from chickenpox, this infected person can easily spread the virus to other, unsuspecting people, including those particularly  vulnerable to this potentially life-threatening infection,”  claimed the health department.

Kunkel was denied being able to return to activities by the judge last month.

However, the state’s Republican governor Matt Bevin seemingly agrees with the tactic, claimining that he had deliberately exposed his children to the disease. Furthermore, he believes that the government shouldn’t mandate the vaccine for children.