Racist, sexist notions against Indigenous women and girls persist at all level, and Indigenous women’s rights have still not fully been brought up to par with all other Canadian women’s. But does this represent genocide? 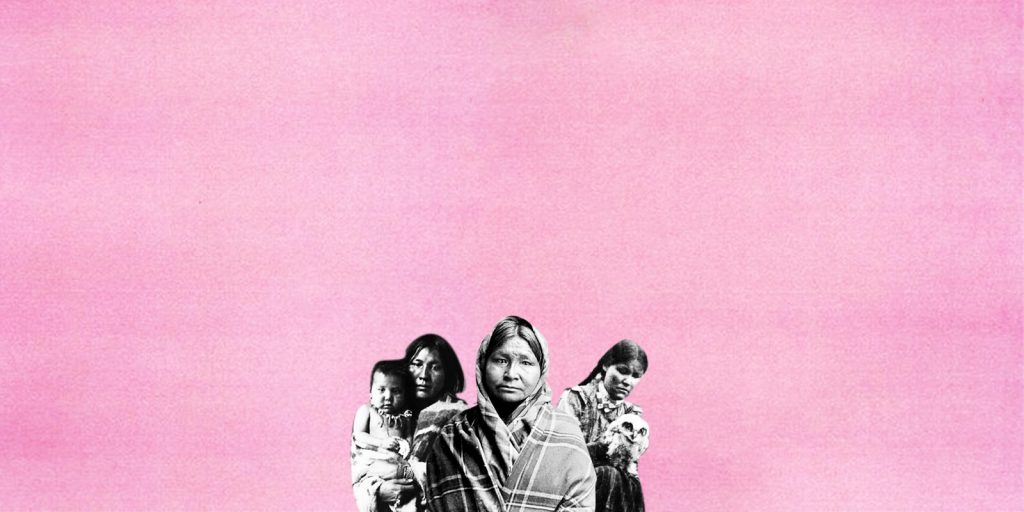 Without debate, the disproportionately high murder, rape, and assault rates for Indigenous women are unacceptable, tragic, and worth discussion. Racist, sexist notions against Indigenous women and girls persist at all levels, if the recent gut-wrenching video out of Kelowna is any evidence, and Indigenous women’s rights have still not fully been brought up to par with all other Canadian women’s.

But does this represent genocide?

To call it such would be to purport that the Canadian government has and is actively seeking the total elimination of Indigenous women. Systemically attempting to wipe them from the face of the Earth. And, indeed, the authors of the newly released Missing and Murdered Indigenous Women and Girls’ Inquiry (MMIWGI) report places Canada beside Nazi Germany in terms of the calculated elimination of a people.

In fact, in the supplementary document dedicated exclusively to the ‘genocide’ claim, the authors assert that the Holocaust model, on which the definition of genocide is based, is too limited, and “such a narrow conception of genocide fails to encompass the diverse lived experiences of Indigenous peoples across Canada.” While the obvious rebuttal would be that victims of genocide often don’t have any lived experiences at all (because they’re dead), other genocides the MMIWG occurrences are placed alongside include Rwanda and Armenia.

Certainly, efforts to cripple or destroy the Indigenous population have existed in the past, and those must be acknowledged. Duncan C. Scott, the superintendent of the Department of Indian Affairs and the mastermind behind the Residential Schools system, was a virulent racist whose many influences and policies were not completely overturned until just recently. Scott implemented the involuntary seizure of First Nations and Inuit children from their parents, infamously declaring “kill the Indian, save the man.” Twenty years before Hitler would introduce the “Jewish question,” Scott proudly declared “I want an end to the Indian problem in Canada.”

Any Canadian in their right mind would be horrified to learn of Scott, and the suffering he indiscriminately imposed upon Indigenous people. But the report is not simply charging historical genocidal tendencies, but modern ones. The reality is, Scott is dead, and the Canadian government has been attempting to rectify, albeit with the (in)competency one can expect from the Canadian government, relations with First Nations, Metis, and Inuit people for decades. The MMIWGI report alone cost $92 million federal dollars. If the modern Government of Canada is complicit in genocide, it is doing a terrible job.

The report asserted that the government’s complacency stems from its inaction. Yet previous attempts to implement concrete policy changes to benefit Indigenous women have previously been shouted down as “colonialist” by groups like Idle No More. Bill S-2, for example, the Family Homes on Reserves and Matrimonial Interests or Rights Act, was introduced by the conservative government in 2013 and sought to provide Indigenous women suffering domestic violence exclusive occupation rights if they called the police—in other words, that they and their children would not be displaced from their homes in the event of an episode of domestic violence, and could have the spouse removed and restricted from home access for a period of time. Until 2013, this was a right every other Canadian woman enjoyed, but because matrimonial property rights did not exist on reserve, a woman had no ability to stay in or claim rights to a family home if her husband owned the land.

Perhaps S-2 wasn’t well received by activists because it did not vaguely displace the responsibility for the murder and abuse of Indigenous women onto a mysterious, presumably white, bogeyman. It called out violence on reserve as a significant reality of the danger posed to the women living there. Anishinaabe’ikwe lawyer Joan Jack once called the phenomena of ignoring Indigenous male violence against women “the moose in our living room.” But what is this moose’s placement with relation to the MMIWGI report’s claims of a “genocide” against Indigenous women?

In 2018, Senator Lilian Dyck’s co-authored report on perpetrators of homicide against Indigenous women found that non-Indigenous offenders were given “roughly the same number of years before parole” regardless of their victims’ race, while Indigenous men received more lenient sentences when their victims were also Indigenous.

This is just one of the many stalemates that exist when navigating the complex hierarchy of Indigenous demands. Lower sentences for the majority of murderers of Indigenous women absolutely represents discrimination, not to mention the devaluation of life. But increasing the sentences would result in more Indigenous men in prison for longer, which would anger activists in a whole new way.

This isn’t genocide. This is confusion.

Looking through the MMIWGI’s report, the confusion becomes apparent immediately. The demands are so broad they range from making Indigenous languages official in every province (there are 70 unique Aboriginal languages, with some having as few as one or two speakers), to creating dedicated “2SLGBTQQIA ceremonies and cultural spaces” (the Canadian government will be responsible for telling the Nations what spaces to have?), to recommending “all service providers, industry, and institutions accommodate non-binary gender identities” and have “gender-neutral bathrooms” (what does this have to do with disappeared Indigenous women again?)

At times, the report goes so off the rails that vast swathes of text are dedicated not to Indigenous women, but other special interest groups who sought space. A subheading on racial discrimination in correctional institutions on pages 1b:153-154 dedicates 99% of its text to “2SLGBTQQIA individuals” and transphobia.

With the exception of some additional media sensationalism because of charged claims of genocide bolstered by references to scalping programs from 1750, the report will be unceremoniously shelved along with every other inquiry, recommendation, report, demand, statement, and declaration ever commissioned by government just to say they had commissioned it. Come the election, it might be dusted off, crumpled up, and kicked about like a political hacky-sack.

“I care more about Indigenous women!”

The tragedy is in that Indigenous women, still suffering disproportionately high abuse and murder rates, will continue to have sub-par access to services and rights every other Canadian woman has. If there was not so much confusion and noise in navigating Indigenous demands, perhaps the $100 million spent on this report could have been better allocated. It could have represented an additional 4 years of housing development projects, or 10 years of the Inuit Suicide Prevention Strategy. It only cost the government $10 million to fund the construction of 5 women’s shelters in remote First Nations communities across the country in 2017.

But maybe they wouldn’t have had gender-neutral bathrooms.