Carlson slammed Cox for being more in line with leftist ideology than conservatism, despite Cox being a member of the GOP. 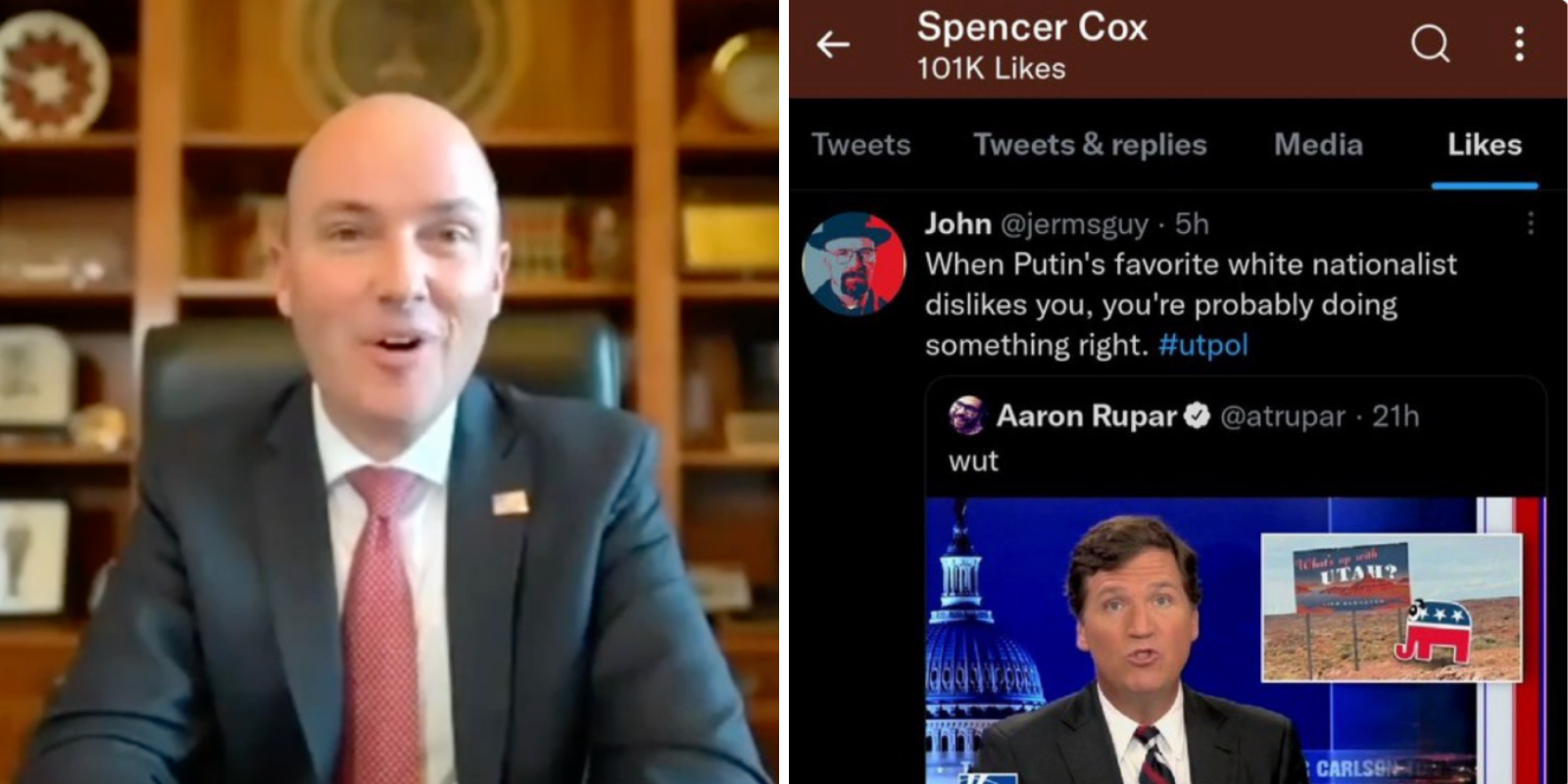 Spencer Cox, Utah's Republican governor who shared his preferred pronouns with school children, vetoed legislation banning biological males from women's sports, and endorsed discriminatory scholarships offered by the Utah's NBA franchise, has been discovered to like a tweet that claims Tucker Carlson is a white nationalist.

The tweet Cox liked showed a still of Carlson with the chyron "How did Utah get such awful, liberal leaders," and a comment reading "When Putin's favorite white nationalist dislikes you, you're probably doing something right."

Carlson, a staunch conservative who believes America should secure her borders and that judging a person by the color of their skin is immoral and wrong, has often been derided as a white supremacist by those who refuse to engage with his view that America is a place where all people are equal under God and under the law.

Cox may be primarily concerned, however, with Carlson's perspective on him and his leadership of the state of Utah than he is about propagandist leftist targeting Carlson as a racist in order to uphold their own discriminatory ideology.

Carlson slammed Cox for being more in line with leftist ideology than conservatism, despite Cox being a member of the GOP. Carlson called Cox a "cut-rate Gavin Newsom imitator," referencing the far-left California governor Gavin Newsom. Cox seems like he's "always auditioning for the title of America's guiltiest white guy," Carlson said.

When Cox vetoed a bill passed by his state's legislature that protected women and girls' sports from incursions by biological males who believe that their identifying as women gives them rights to women's spaces, Cox cited the issue of suicide among cross-sex identifying people, saying "I want them to live."

During the town hall in which Cox shared his pronouns, Cox said that Utah would protect LGBTQ+ students, who he said bear more suffering than the general population.

"What a creepy guy," Carlson said after the pronoun reveal, in which Cox told children: "My preferred pronouns are he/him/his."

"Just in case you had any doubt that neo-liberal interest groups control Spencer Cox's brain; now you know for certain. Because it's never about gender, it's always about obedience," Carlson said.