A time capsule has been unearthed, and what was found was a letter from someone most of the kids only surely know as “Justin’s dad.” 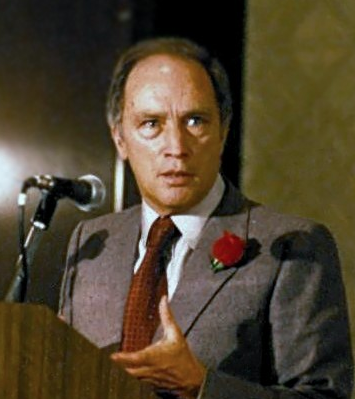 A time capsule has been unearthed, and what was found was a letter from someone most of the kids surely only know as “Justin’s dad.”

According to Reddit, a letter addressed “to the students of 1969 and 2019,” typed out of letterhead that bears the words “PRIME MINISTER” on the top, it appears as though Pierre Trudeau took a minute to give a glimpse of his own insight. 1969 was an eventful year for Earth, and perhaps Trudeau wanted to let his opinion known to the students of today and yesteryear.

“Writing this message in a week that has seen man’s first hesitant step on the moon, I would be foolhardy to predict the conditions of life on this planet in fifty years,” wrote Justin’s dad.

“I am sure that, barring a nuclear catastrophe, the astounding progress in technology which we have experienced over the last half-century will continue and probably accelerate.”

This just goes to show how greatly times have changed in the last 50 years. Besides a few quick waves of panic, nuclear catastrophe is not really something on the mind of many young people today.

“I only hope that it will be matched by similar progress in man’s historic struggle for freedom and justice in all parts of the world. The achievements of the students of 1969 and of their successors in working towards these goals will be their most important legacy to the students of 2019.”

What Justin’s dad is probably referring to here, is the 1969 Montreal Race Riots, in which Students caused $2 million in damage in a 14-day occupation of Sir George Williams University computer room.

You can truly feel the era of the Cold War, as well as the time of civil change, in every word of Justin’s dad’s message.