A Christmas miracle occurred in Nebraska, where a “Purple Heart” veteran woke out of a coma after suffering a brain injury. 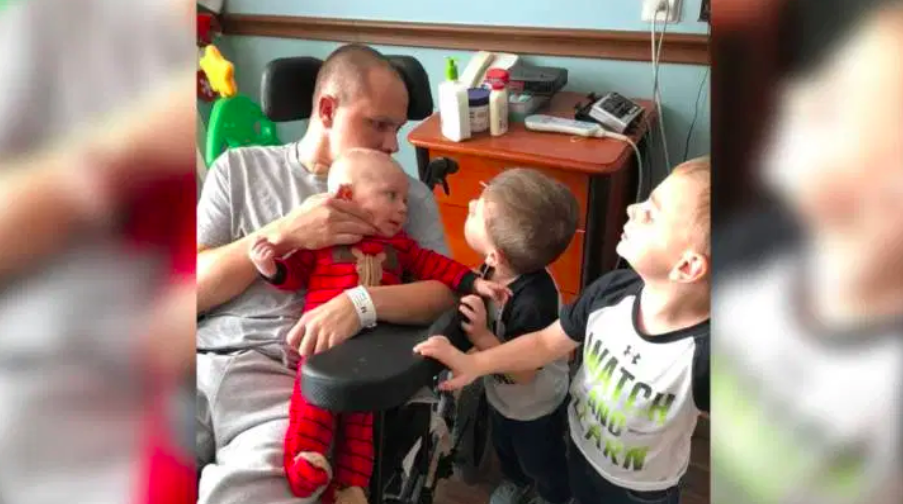 A Christmas miracle occurred in Nebraska, where a “Purple Heart” veteran woke up out of a coma after suffering a brain injury.

Tony Belt can now sit up straight and enjoy the Christmas holidays with his wife and three kids.

“[The kids] talk to him and play with him,” Kyli, Tony’s wife, told KETV-TV. “The baby even lays in bed with him.”

Doctors said that he may never wake up, even though he showed signs of minor improvement.

“The doctors told me he probably wasn’t going to make it to the weekend,” said Kyli.

However, his will and determination got the better of the coma and he started moving.

“Last week, he started moving his left side, opening his eyes,” Kyli said.

Tony spent eight years serving in the American army and was deployed in Iraq, Afghanistan and South Korea. He was shot twice and survived a tank explosion.

He received a Purple Heart, a military decoration awarded to those wounded or killed while serving.

His willpower could not be crushed, and he continued to fight on for survival.

The family has set up a GoFundMe to raise money for his rehabilitation. It’s since raised more than US$15,000.